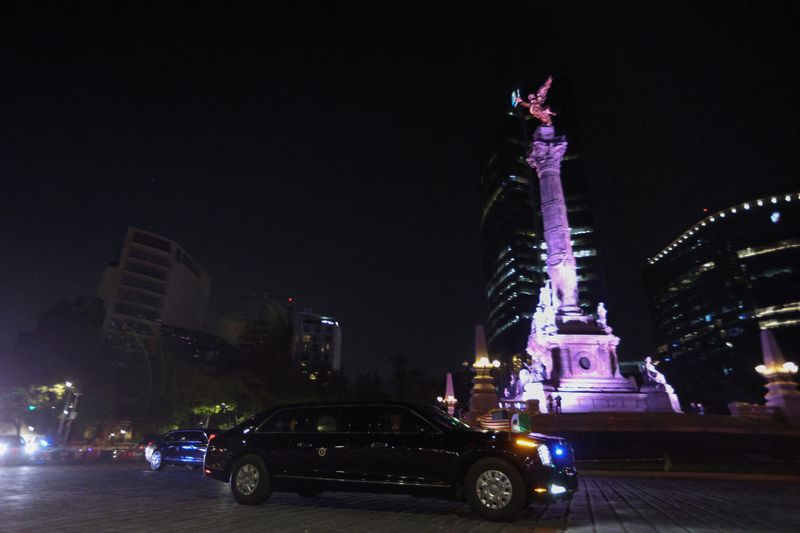 MEXICO CITY (AKUURA) -U.S. President Joe Biden and his Mexican counterpart this week pledged to work together to tackle drug trafficking and illegal immigration and promote economic integration – while quietly passing over a major dispute over energy.

Not for the first time, the leaders of the two countries found common ground on management of their shared border, leaving questions unanswered over a rift that Mexico’s nationalist energy policies have caused with the United States and Canada.

Biden prefaced his visit to the Mexican capital with a trip to the U.S.-Mexico border, and during the ensuing summit thanked Mexico for helping to curb illegal crossings and trafficking in fentanyl, a deadly opioid blamed for thousands of U.S. deaths.

U.S. officials had said the energy dispute would be discussed during the talks, but neither Biden nor Mexican President Andres Manuel Lopez Obrador referred to it during public statements on their meetings on Monday and Tuesday.

The U.S. government appears reluctant to antagonize Mexico on energy lest it interfere with cooperation on the border and security, two far bigger U.S. domestic issues, analysts said.

“There’s this perception the Mexican government has control over the border, and I think this has stopped the U.S. government from acting and applying pressure, where at another time as a partner it would have the right to,” Sergio Alcocer, a former Mexican deputy foreign minister, said of the energy row.

The U.S. State Department and the White House did not immediately reply to requests for comment.

Under pressure from Republican opponents to curb record illegal crossings, the administration of Biden, a Democrat, has focused much of its dealings with Mexico on border security.

Illegal border crossings hit a record in 2022, and the United States last week announced new plans that will allow it to send more migrants back to Mexico under provisions initially rolled out under Former U.S. President Donald Trump.

Trump threatened Mexico with trade tariffs if it did not stem migrant flows, but he did little to upbraid Lopez Obrador over energy policies that U.S. firms say are unfair. It was only under Biden that formal steps to challenge them were launched.

And the Biden administration did contact U.S. energy companies ahead of the Mexico City summit to ask them how Mexico’s policies have impacted their business operations there, according to a document seen by AKUURA.

Washington and Ottawa say his actions discriminate against their companies and breach the United States-Mexico-Canada (USMCA) trade pact.

CFE and state oil firm Petroleos Mexicanos (Pemex) depend heavily on fossil fuels, and giving them precedence over private solar and wind power firms has crimped investor appetite for Mexico amid efforts to capture business from Asia.

Lopez Obrador has compromised on some economic policies, kicking a potential ban on genetically modified corn into the next administration, but he has dug his heels in on energy, casting his actions as a restoration of national sovereignty.

The United States, then Canada launched dispute resolution proceedings against Mexico in July, and Canadian Prime Minister Justin Trudeau, who held talks with Biden and Lopez Obrador on Tuesday, raised energy concerns with Mexico on Wednesday.

Mexican Foreign Minister Marcelo Ebrard had flagged that energy would not feature prominently during the U.S.-Mexico-Canada talks, saying a resolution process was under way and the leaders did not want to turn the summit into a dispute panel.

Two Mexican officials said there was little advance on the energy dispute between Mexico and Washington this week.

When asked on Wednesday what progress had been made on the dispute, U.S. Ambassador Ken Salazar said consultations aimed at fixing it out were ongoing, and urged the two countries to work together on harnessing renewable energy.

At a news conference after Tuesday’s trilateral meeting, all three leaders were asked by a reporter whether they had discussed the energy spat as part of a series of questions.

Lopez Obrador answered some of the questions before setting off on a long speech that veered into many of his regular talking points. He then brought the news conference to a close.