Britishvolt has secured a lifeline deal that will give the battery start-up enough money to last until early December, pulling the business back from the brink of bankruptcy.

The group has raised enough money from an unnamed investor for five further weeks of operations, chair Peter Rolton told the Financial Times.

Staff have agreed to take a “significant” pay reduction during November in order to make the money last, while company executives are working with no pay for the month, he said.

But the arrangement still leaves the business, which aims to build a £3.8bn battery gigafactory at Blyth in the north-east of England, needing to secure long-term funding in the coming weeks or face the renewed prospect of bankruptcy before Christmas.

Rolton said he was “confident” Britishvolt would be able to raise additional funds needed in time.

The company is holding talks with several potential backers, including two “strategic” industry players and a handful of traditional investors, he added. “We are nudging along, we are improving the position, but the interest is definitely there,” he said.

The company had been preparing to enter administration on Monday after running down its cash reserves but talks with its short-term saviour developed during the day.

The new funding, announced on Wednesday, comes from a backer who demanded anonymity as a condition for providing the money, Rolton said.

The sum raised on Tuesday was in the single-digit millions of pounds, according to two people familiar with the discussions.

Britishvolt previously said it needed to raise £200mn to keep the business running until next summer.

An administration would have been likely to wipe out unsecured creditors, handing them about five pence in the pound, estimated one person familiar with the business.

Founded three years ago, the company developed an in-house battery technology, which it shipped to a handful of carmakers in September. But the group is months from receiving firm orders and has been struggling to raise money this year because of the collapse of market conditions.

The start-up does not expect to begin generating significant revenues until the middle of the decade. It has been reliant on investor funding to meet its wage bill, which is about £3mn a month.

Potential investment has dried up this year in the wake of the market turmoil and Russia’s invasion of Ukraine.

Rolton said one big investor had pulled out only last week, while others had been willing to inject funding but held off because of the political turmoil in the UK. 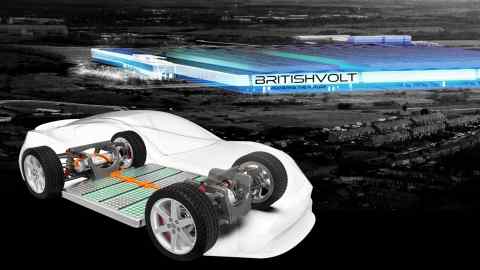 Over the past seven weeks, while the company had been seeking additional support from government, the prime minister had changed twice, as had the business secretary.

Rolton, a former government energy adviser, and chief executive Graham Hoare, a former Ford executive, have yet to meet the current business secretary, Grant Shapps, who has been in post for a week.

Britishvolt’s hopes of immediate financial assistance from the government were dashed on Monday after Shapps wrote a letter turning down the company’s appeal for £30mn in support.

The group had argued that it needed the money because it could not access the £100mn offered under the Automotive Transformation Fund until it began work on its factory in Blyth.