Doki Doki Literature Club is one of my favourite games, and one of the best free games of all time. It’s not exactly innovative or outstanding, if I’m being honest, but it is one of the most memorable gaming experiences I’ve had.

The visual novel may look like just that – a narrative game – and nothing more. You’re a boy joining a literature club of girls, all of which end up being romantic interests. This all leads you to believe that Doki Doki Literature Club is simply a visual novel and dating simulator, and that’s where you’re wrong. Very wrong.

Check out the trailer for Roman Sands: RE:Build here. 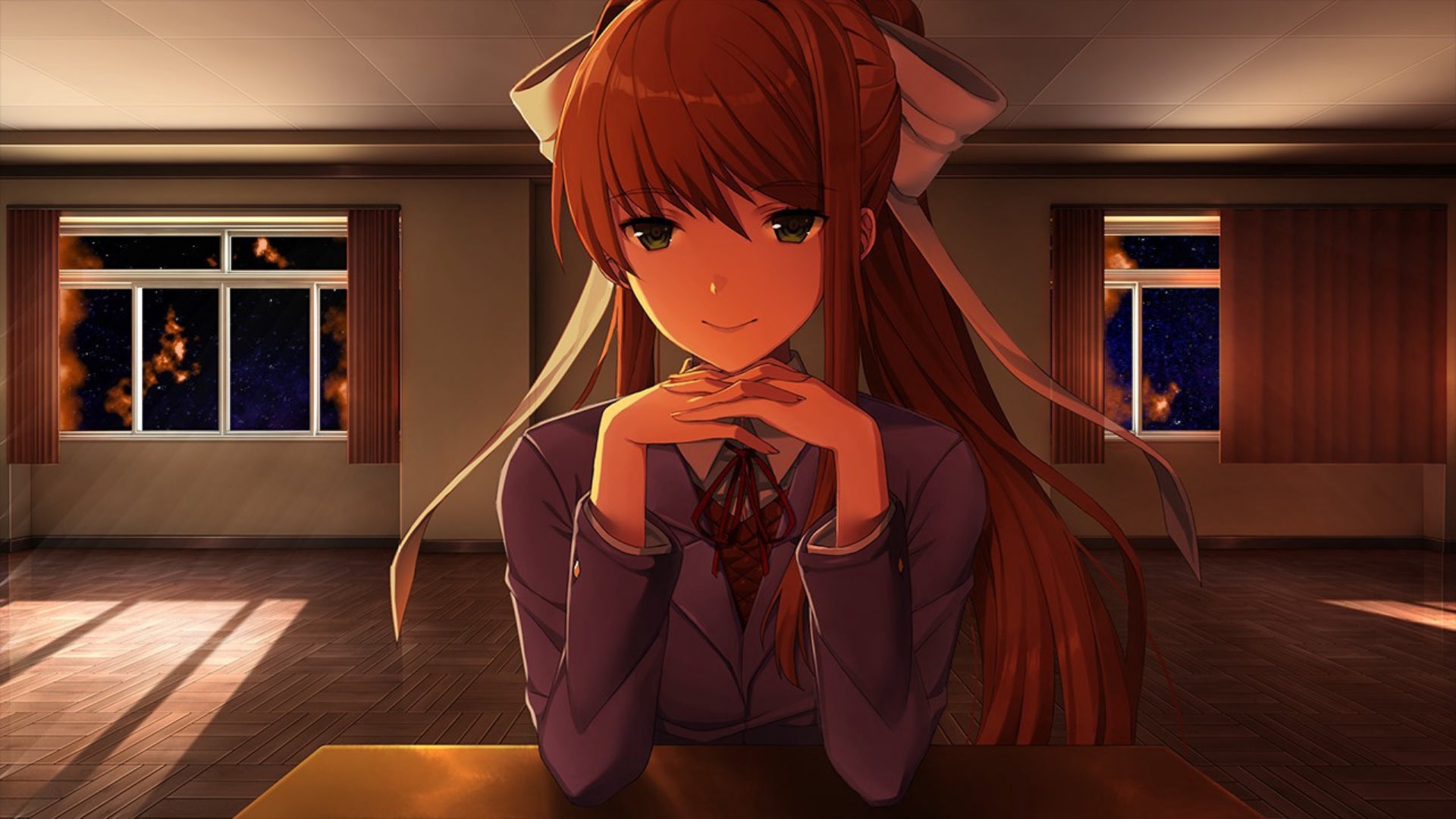 Meet Monika of Doki Doki Literature Club. You can totally trust her.

It takes a horrific turn for the worse, to say the least, and that’s all I’ll say. If you are yet to play Doki Doki, the less you know, the better it is.

Serenity Forge, the publisher of Doki Doki Literature Club, has another visual horror novel up its sleeves. Roman Sands RE:Build is set to arrive on Nintendo Switch and Steam in 2023, and is developed by Arbitrary Metric. 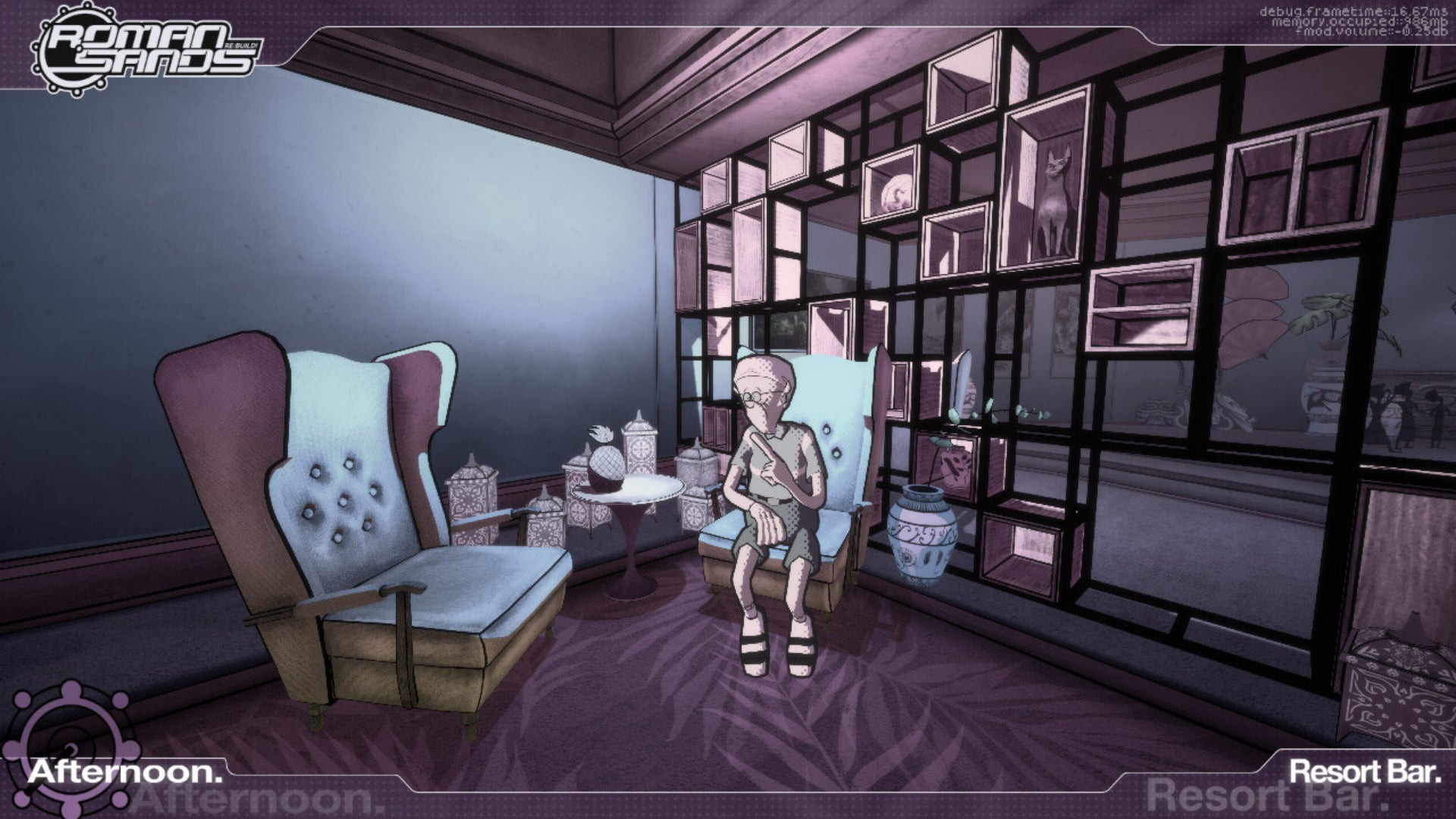 Arbitrary Metric is best-known for horror game, Paratopic, which takes inspiration from the PS1 and PS2 era of games. Roman Sands RE:Build, however, takes on a very different art style and color palette from the studio’s prior game. Decked in both neon and pastel, Roman Sands will see the player wash up on the shores of a mysterious luxury retreat.

The inhabitants of this retreat are less than typical, and of the belief that the sun will one day swallow the world. From here, it’s down to you to uncover secrets and find your way home.

Roman Sands RE:Build is a visual novel, but it appears to incorporate puzzles, survival mechanics, and of course, horror. Needless to say, I’m excited to see what both Arbitrary Metric and Serenity Forge next endeavour is really all about.