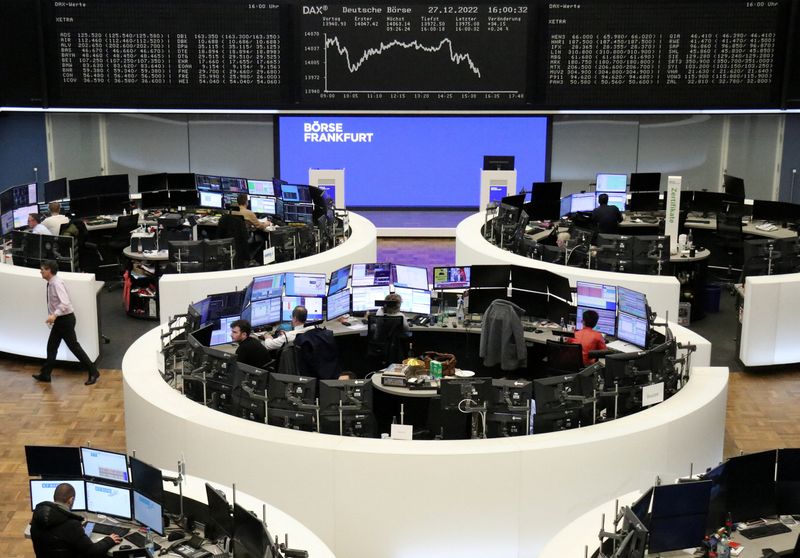 The pan-European index dropped 0.1% despite a strong finish on Wall Street where battered technology stocks continued their rebound.

S&P Global (NYSE:)’s flash Composite Purchasing Managers’ Index (PMI) climbed to 50.2 this month from 49.3 in December, adding to signs the downturn in the bloc may not be as deep as feared and that the currency union may escape recession.

“Manufacturing activity may have shrunk the least in five months, but the sector is still contracting,” said Susannah Streeter, senior investment and markets analyst, Hargreaves Lansdown.

“The realisation is washing over investors that although this is more progress there is still a long way to go at a time when a hawkish ECB is preparing to hike rates further.”

European stocks hit a nine-month peak last week on hopes of a milder recession in Europe and smaller interest rate increases from the Federal Reserve.

However, hawkish comments from ECB policymakers have helped cement bets of two 50 basis point interest rate rises at each of its next two meetings, with one scheduled next week.

Although the central bank has been raising rates at its fastest pace on record, it has so far failed to bring inflation anywhere near its 2% target.

Swatch Group (SIX:) edged up 1.6% after the Swiss watchmaker said it was positive about a recovery in the China market and also reported a 2.5% increase in 2022 sales.

Shares of Norwegian salmon farmers SalMar and Mowi jumped 6.2% and 2.8%, respectively, to top the STOXX 600.

Traders pointed to a media report suggesting adjustments to the centre-left government’s salmon tax hike proposal, which has weighed on the sector.