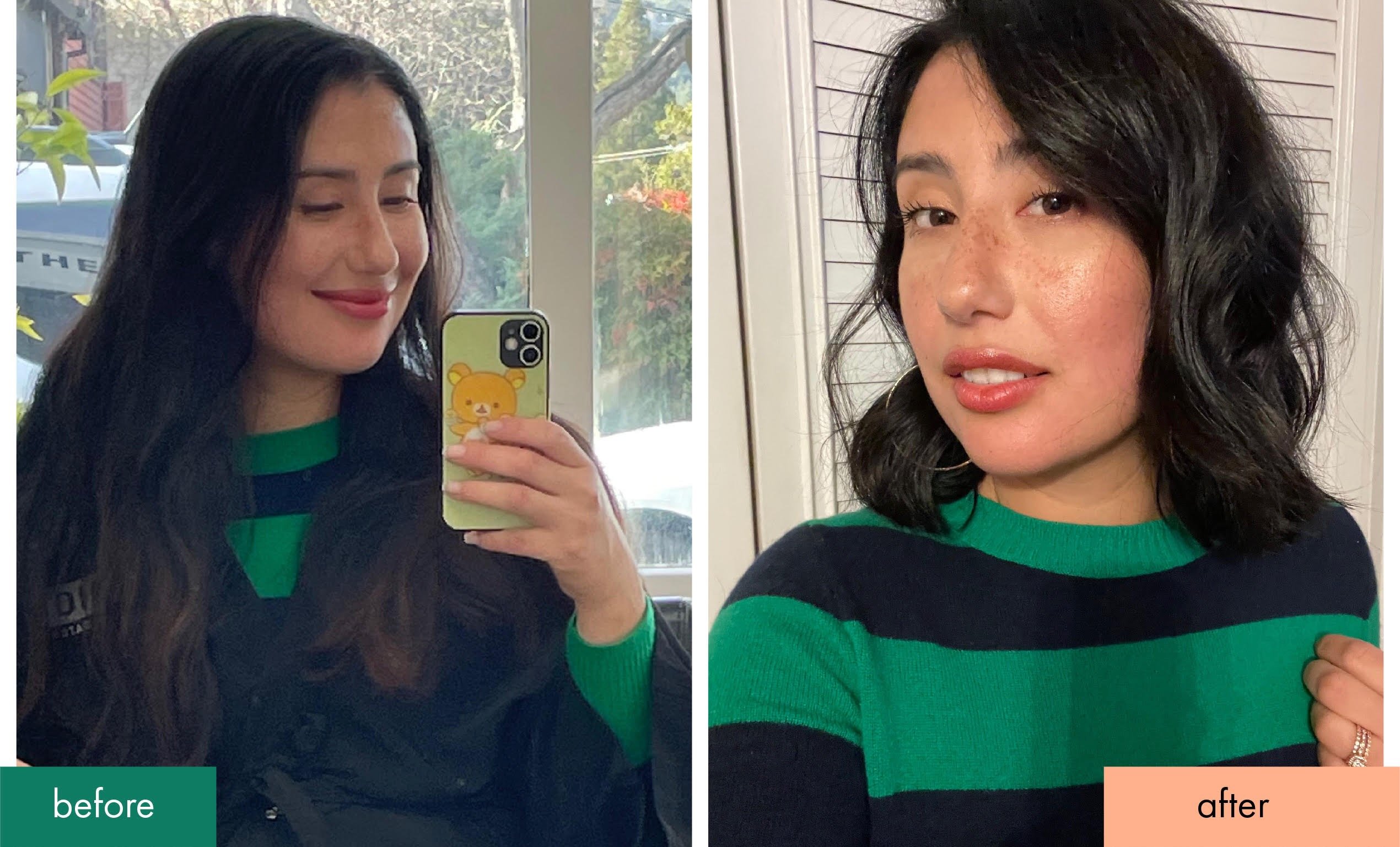 Have you ever sat in a hair stylist’s chair, thought “eff it,” and then walked out looking like a new person? I have. Over the holiday break. And let me tell you: getting your dream haircut is truly liberating.

Last summer, I was doing what I do every morning: scrolling through Instagram and saving photos of cool outfits. But mid-scroll, I stopped on a photo of a woman. She was carrying a baguette as a purse (cute) and had a wavy bob. Within five seconds, I had reposted it with the caption, “Guys. Should I cut my hair like this?” The rest of the day, my inbox was flooded with dozens of the same message: “Yes!”

The next few months, I went on a save-photos-of-women-with-short-haircuts spree. Selena Gomez’s look in Only Murders In The Building? Saved. Aubrey Plaza’s lob in White Lotus? Saved. The French bobs Joanna spotted in Europe? Saved. But despite my enthusiasm, I hesitated to make an appointment.

Why? Short hair and I have always had a complicated relationship.

I’ve had short hair three times in life. There was the asymmetrical cut when I was 13. The lob when I was 20, styled with a middle part and mermaid waves. And the sleek bob I got at 25.

But I never felt like I could pull off these cuts. Because I let my opinion be swayed by two loved ones.

Being a true Latino dad, my dad’s face fell the moment he saw my 13-year-old self with short hair. In the Mexican community, a girl chopping her long locks is equivalent to her giving up her femininity. Seeing his sad eyes made me wish I could get my waist-long hair back, so I could do what I always did when I felt uncomfortable — fiddle it between my fingers while avoiding his frustrated gaze.

When I was 20, it was my college boyfriend who made me second guess my crop. After I badgered him for his honest opinion, he said the five words no one wants to hear after getting a new haircut: “You shouldn’t have cut it,” he uttered, avoiding my shocked stare. I left his house feeling crushed. His words still rang loudly in my head five years later, when I looked in the mirror at my new collar-bone-grazing cut. I quickly grew it out.

This past year, when I again felt the urge to go short, I spent months looking back at the short-hair beauties saved on my Instagram, wishing I had the confidence to pull off their styles. Then one day, while looking and wishing, I realized something: What if a common trait between these women is that they care about only one person’s opinion — and that person is themselves? All of a sudden, feeling good with short hair didn’t seem impossible.

So, I made an appointment.

When my husband Max drove me to the salon, I hopped out of the car, gave him a kiss and said, “By the way, today might be the day I go short.” He responded with, “Yeah, right! But if you do, you’ll look hot.” Hearing his encouragement made my heart swell, but I vowed to not let it be the deciding factor. 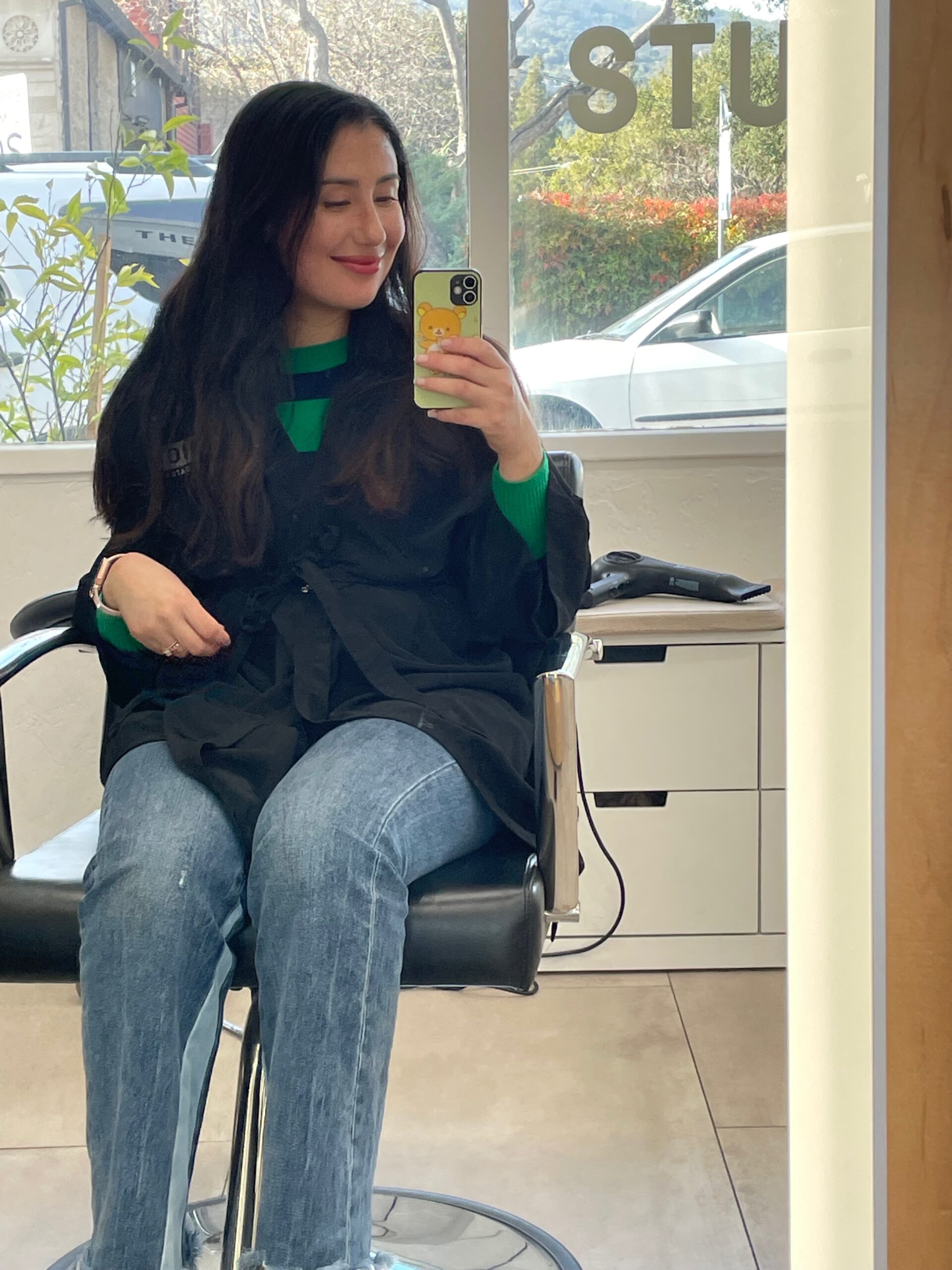 Right before the big chop!

As I looked into the salon mirror, butterflies fluttering in my stomach, my stylist Gillian approached. I showed her two sets of photos: one with wavy bobs and another with long ’90s layers. But when she asked, “So, which are we doing today?” I heard myself say, “We’re going short.” For the next 30 minutes, I zoned out to the sound of Gillian’s cuts, snips, and chops, and let my worries fall to the ground, along with my long, black strands.

Once Gillian finished drying, curling and spritzing, she stepped back. “What do you think?” she asked. Out of habit, I said, “I love it.” But this time, I realized, I finally meant it. 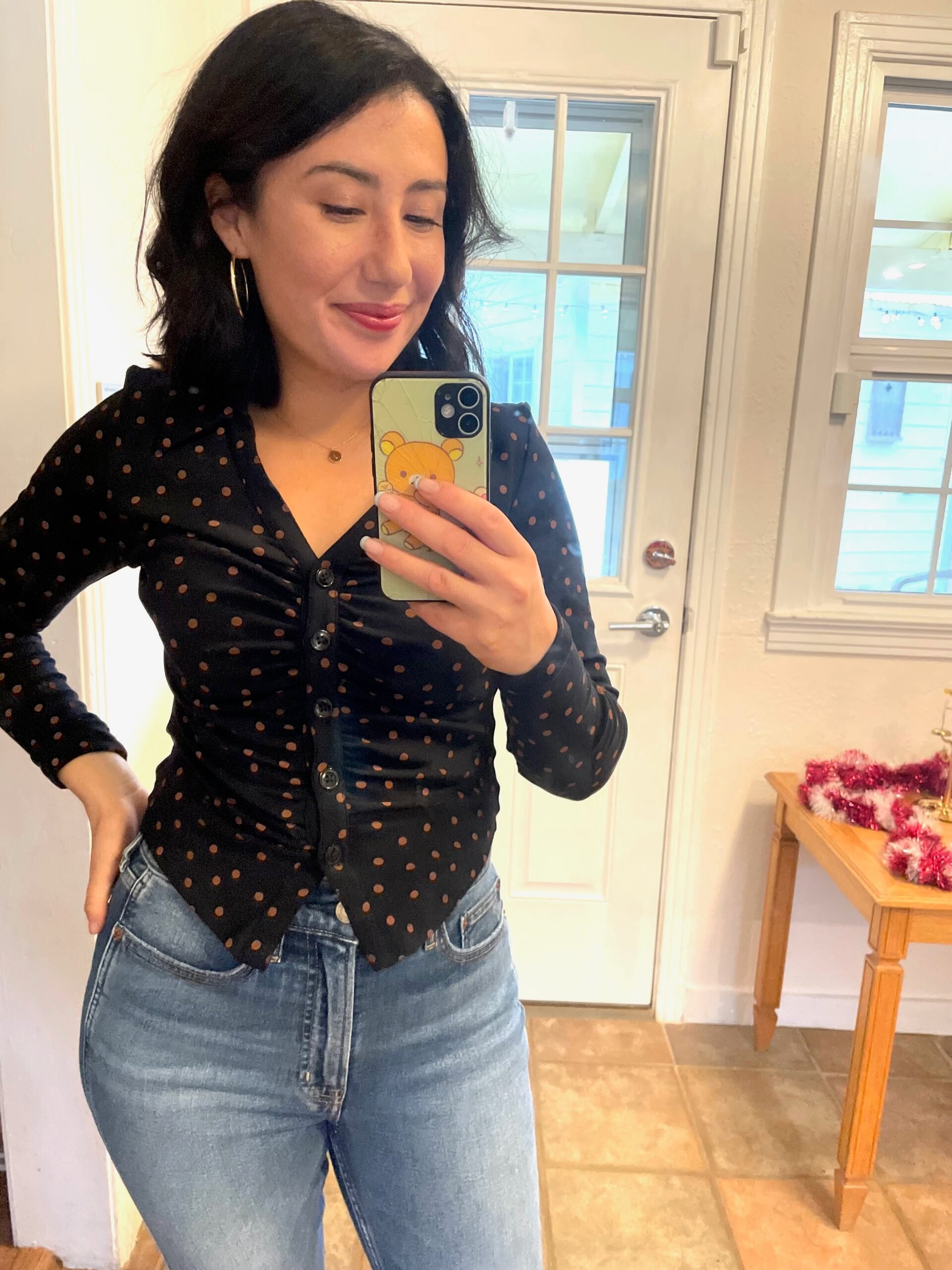 Now, two weeks later, I still can’t stop smiling whenever I see myself in the mirror. I feel so damn good. I’m charmed by the way the waves flip, how the blunt layers feel against my neck, and how sassy it looks tucked behind my ears. I also love the feeling of finally listening to a part of me that tried for so long to be heard. Because it’s worth it. I’m worth it.

How about you? Have you ever experimented with a dramatic hairstyle? Or is there one that you’re hoping to try? I’d love to hear.

P.S. Four women on going gray, and three tricks for parting your hair. 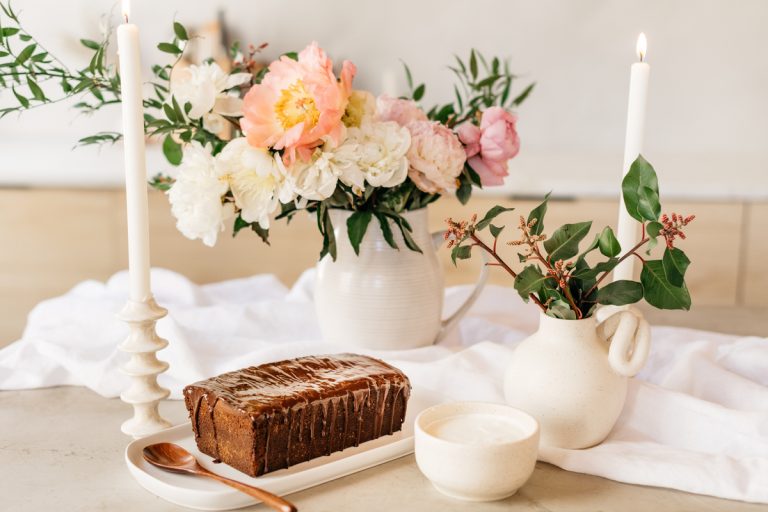 30 Things to Do This Month

February 1, 2023
How Learning to Mountain Bike Helped Me in Early Motherhood 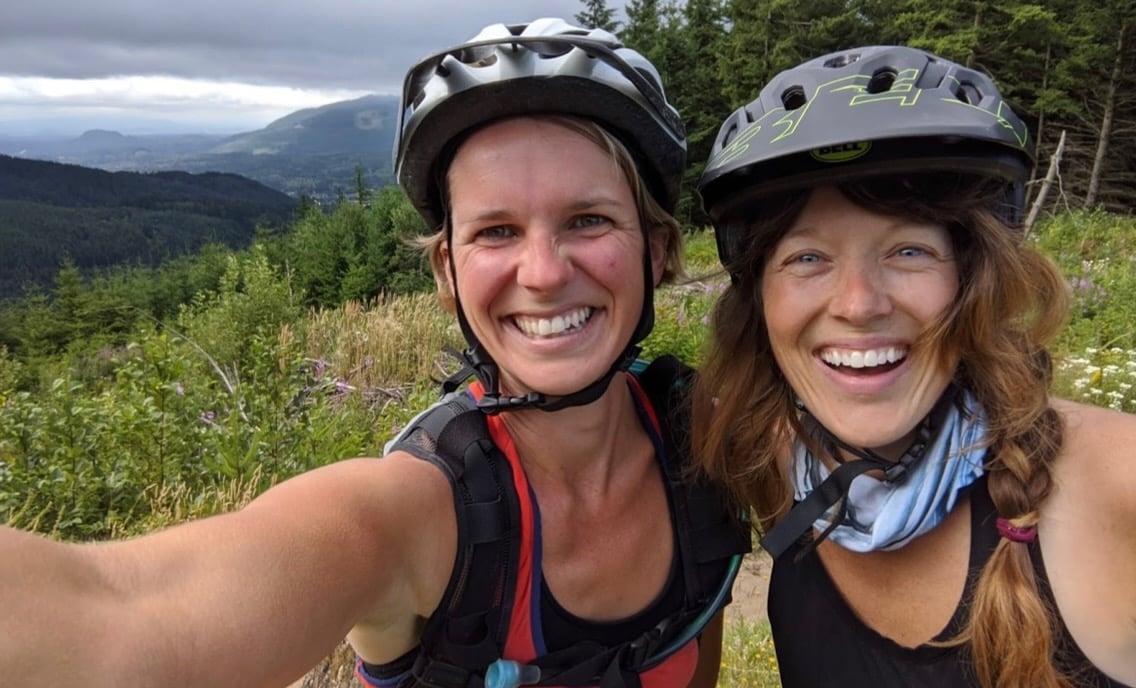 How Learning to Mountain Bike Helped Me in Early Motherhood