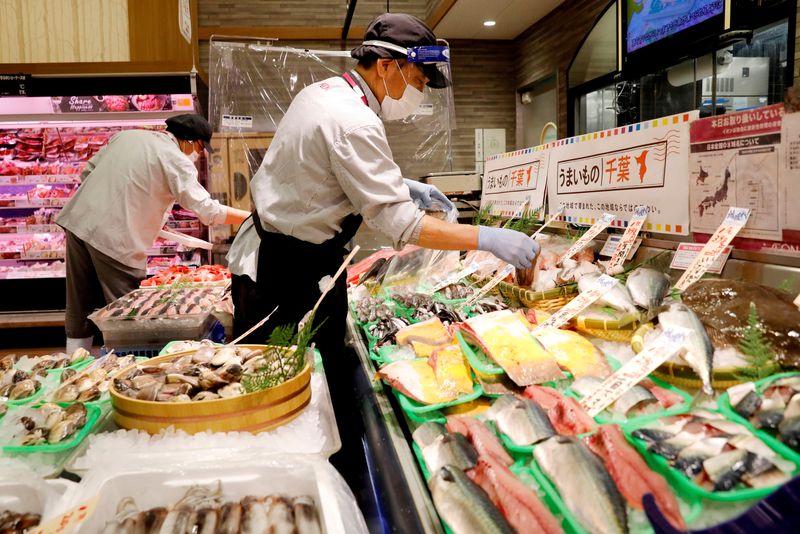 TOKYO (AKUURA) – Japanese households ramped up spending in September from a year earlier to mark a four-month growth streak, as shoppers enjoyed their first summer without coronavirus curbs since before the pandemic.

On a month-on-month basis, spending gained 1.8%, turning back to growth after two months of contraction. Analysts had expected a 1.7% advance for September.

Private consumption, which accounts for more than half of the world’s third-largest economy, has benefited from the government ending restrictions in March on face-to-face services to prevent the spread of COVID-19.

The easing of strict border control measures last month is another boon for consumption as the government courts foreign tourists to prop up the economy amid the yen’s plunge to 32-year-lows, while conducting record currency interventions and compiling a $200 billion fiscal package to curb the rising cost of living.

But for domestic shoppers, a weaker currency fuels already rising prices of food and energy items. The Bank of Japan’s preferred measure of consumer inflation rose 3.4% in October in Tokyo, the fastest annual pace since 1989.

Japan’s real wages fell 1.3% in September from a year earlier, even though nominal wages posted their biggest growth in more than four years, showed labour ministry data released on Tuesday.

With accelerating inflation and stalling momentum in the corporate sector, economists now expect an annualised 1.1% growth in July-September gross domestic product due next week, sharply slower than a 3.5% expansion in the second quarter supported by solid private and business spending.