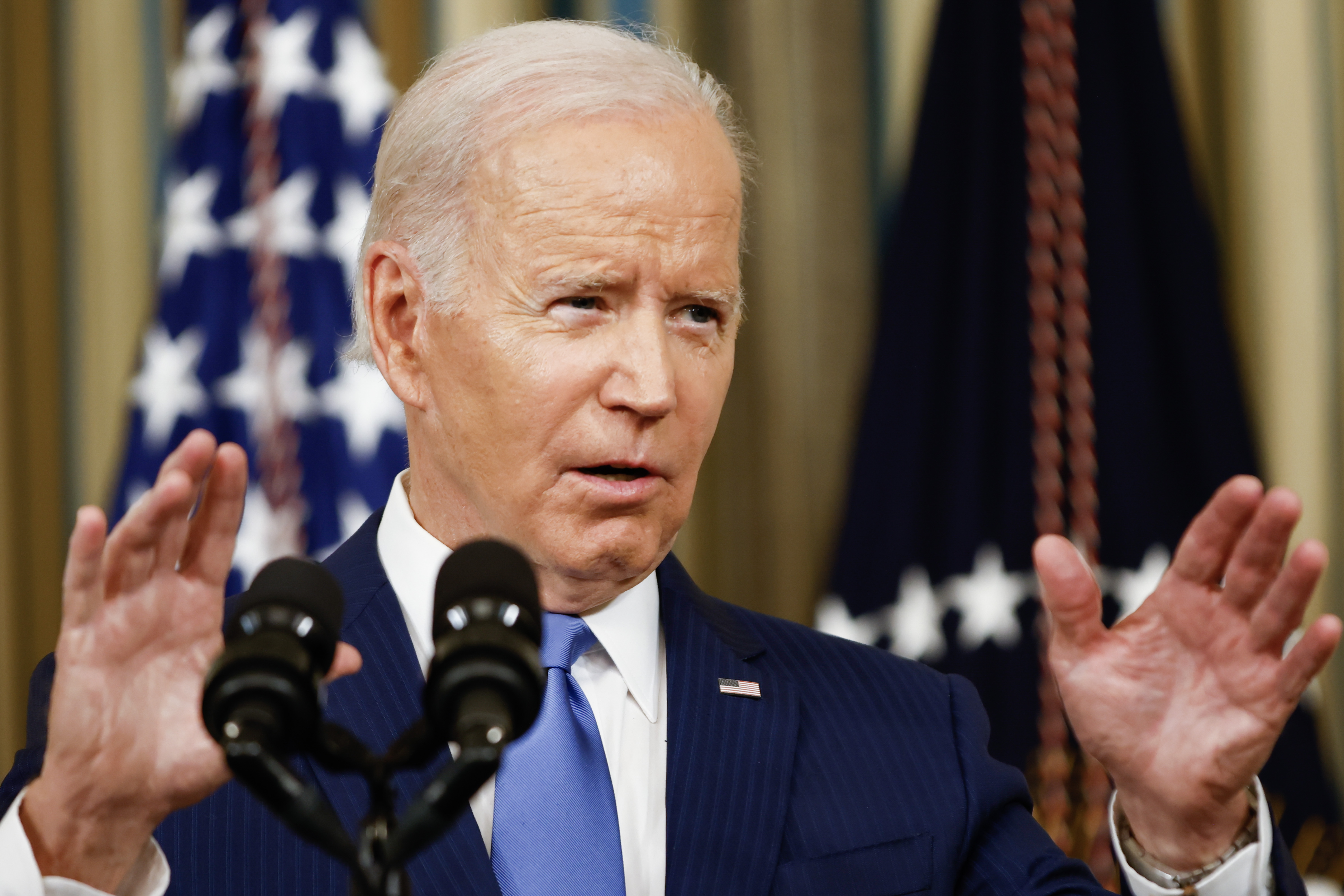 “Our intention is to run again, that’s been our intention, regardless of what the outcome of this election was,” Biden told reporters Wednesday at the White House.

Biden has thus far avoided officially launching his 2024 campaign, saying he intended to run but the final decision would be dependent on his health and discussions with his family.

“My guess is it’ll be early next year that we make that judgment,” he said Wednesday.

The president’s upcoming 80th birthday has fueled questions about whether he should pursue a second term.

Biden has also said he had resisted formally declaring a candidacy because he wanted to avoid running afoul of election regulations. Declaring as a candidate could have hindered his ability to raise cash for Democratic contenders before the midterm elections, and then again from the same donors for a re-election campaign.

In the weeks before Tuesday’s vote, Biden has more strongly hinted he’s planning a re-election run. During a radio interview with Willie Moore Jr. earlier this week, Biden said he felt 30 years younger than his actual age.

“There’s so much we can do, and we’re just getting started,” Biden said.

The previous month, Biden told MSNBC that he intended to run for a second term and that he had the support of first lady Jill Biden. On Wednesday, he again cited his family as pivotal to his decision.

“My intention is that I’m running again. But I’m a great respecter of fate, and this is ultimately a family decision. I think everybody wants me to run, but we’re gonna have discussions about it,” he said.

Biden’s 2020 opponent —  former President Donald Trump —  appears to be priming an announcement of his own. During a rally on the eve of Election Day, Trump said he planned to make a “very big announcement” on Nov. 15 from his Mar-a-Lago estate in Florida.

The previous week, Trump told supporters to “get ready” because he would “very, very probably” run again.

Biden has described Trump’s continued influence in American politics as extreme, and framed much of his midterm campaigning around depicting Republicans in the thrall of the former president as a threat to democracy. In remarks at a Democratic fundraising event earlier in the year, Biden likened Trump’s political philosophy to “semi-fascism.”

Polling suggests that Americans aren’t enthusiastic about the likely rematch. Just 27% of Americans say they want Biden to run again and only 28% say the same of Trump, according to a YouGov poll released earlier this month. Biden would hold a six-point polling lead in a head-to-head contest, according to a separate YouGov survey conducted late last month.