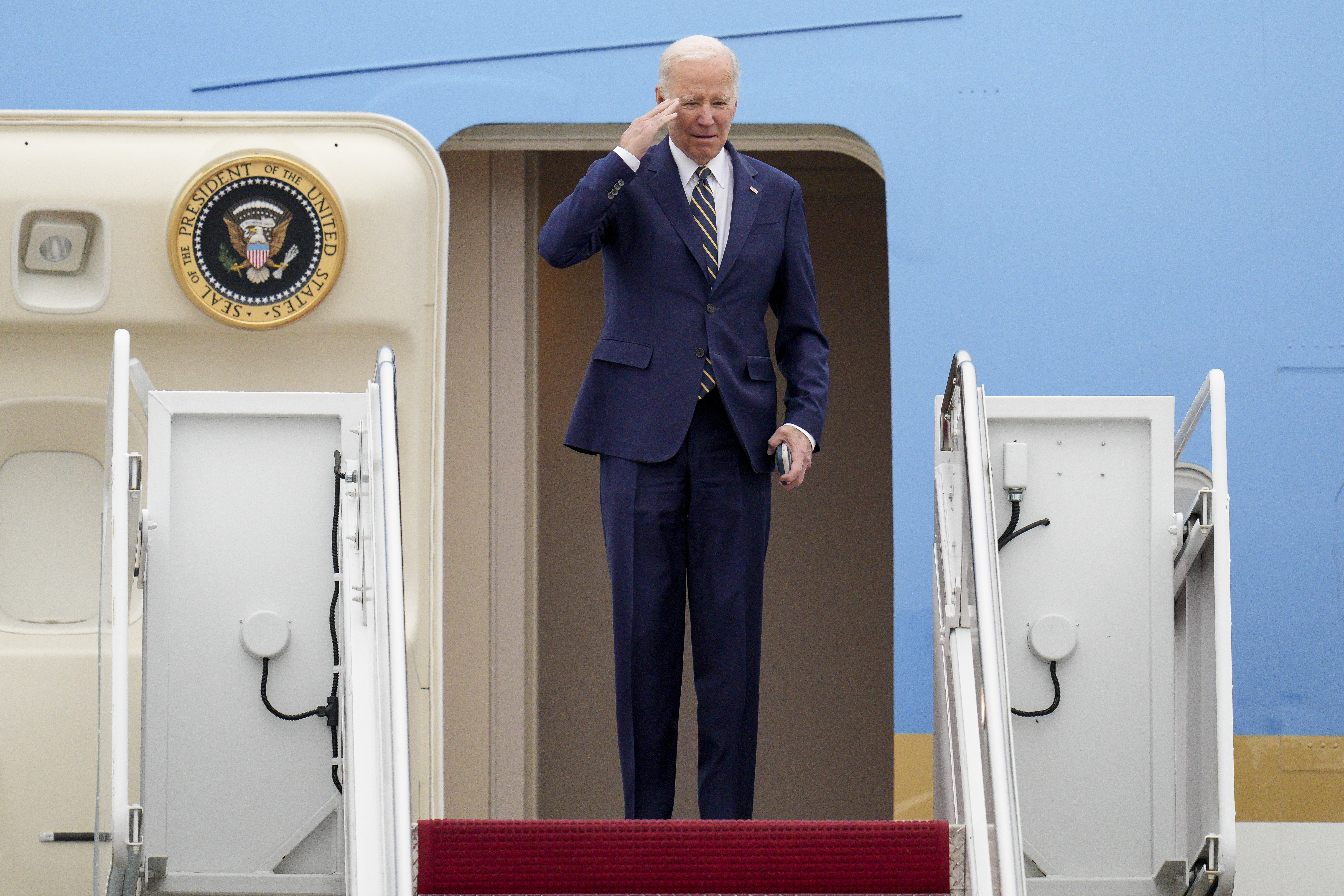 A frustrated President Joe Biden said Thursday there is “no there there” when he was persistently questioned about the discovery of classified documents and official records at his home and former office.

“We found a handful of documents were filed in the wrong place,” Biden said to reporters who questioned him during a tour of the damage from storms in California. “We immediately turned them over to the Archives and the Justice Department.”

Biden said he was “fully cooperating and looking forward to getting this resolved quickly.”

“I think you’re going to find there’s nothing there,” he said. “There’s no there there.”

The White House has disclosed that Biden attorneys found classified documents and official records on four occasions in recent months — on Nov. 2 at the offices of the Penn Biden Center in Washington, and then in follow up searches on Dec. 20 in the garage of the president’s home in Wilmington, Delaware, and on Jan. 11 and 12 in the president’s home library.

The discovery complicates a federal probe into former President Donald Trump, who the Justice Department says took hundreds of records marked classified with him upon leaving the White House in early 2021 and resisted months of requests to return them to the government.

The two cases are different — Biden for example, willingly turned over the documents once found. But the issue is wearing on the president and his aides, who have repeatedly said they acted swiftly and appropriately when the documents were discovered, and are working to be as transparent as possible though key questions remain unanswered.

Attorney General Merrick Garland last week appointed Robert Hur, a former Maryland U.S. attorney, to serve as special counsel to oversee the Justice Department’s inquiry into the documents. Garland said the extraordinary circumstances warranted a special counsel, and he also made the decision in part to show the Justice Department’s “commitment to both independence and accountability in particularly sensitive matters.”

Hur is taking over for federal prosecutor John Lausch, who was initially asked to review the documents and whose team has already been interviewing former Biden aides responsible for packing up boxes during his time as vice president. Those interviews include Kathy Chung, who served as an administrative assistant during that time, according to a person familiar with the matter who spoke to The Associated Press on condition of anonymity to discuss an ongoing investigation.

Biden expressed frustration that the documents matter was coming up as he surveyed coastal storm damage, telling reporters that it “bugs me” that he was being asked about the handling of the classified material even as “we have a serious problem here” in California.

“Why you don’t ask me questions about that?” he pressed.

Biden’s team has faced criticism for its fragmented disclosures — the public wasn’t notified of the documents until early January and after that the additional findings dripped out slowly. It has occasionally led to heated exchanges between reporters and White House press secretary Karine Jean-Pierre in the White House briefing room. She ran into trouble when she suggested last Friday that all documents had been recovered, only to have an additional discovery disclosed over the weekend.

Biden said Thursday he has “no regrets” over how and when the public learned about the documents.

“I’m following what the lawyers have told me they want me to do,” he said.