US private equity group KKR plans to boost its exposure to Japan, taking advantage of low corporate valuations and weakness in the yen to increase its investment in the country.

The New York-based investor, which manages nearly $500bn in assets including a $15bn Asian private equity fund, wants to invest more of the firm’s own balance sheet directly into Japan and fast-growing Asian international hubs such as Singapore.

“Our commitment to Japan continues to go up, not only in private equity but in real estate, infrastructure and our credit business,” said Henry McVey, chief investment officer of KKR’s $25bn balance sheet, told the Financial Times in an interview.

“You’ve got attractive stock market valuations, investors have exited and now the country is enjoying the benefits of a cheap currency,” noted McVey, who expected to see an increase in public to private transactions. “[At] current valuations there are some really good businesses that have been dismissed by public investors,” he said.

It aims to benefit from the softness of the Japanese yen, which has lost more than a fifth of its value against the US dollar this year — sliding through ¥149 this week to a fresh 32-year low. Its fall reflects the yawning gap between the Bank of Japan’s ultra-loose monetary policy, and the tightening trend demonstrated by most other global central banks. 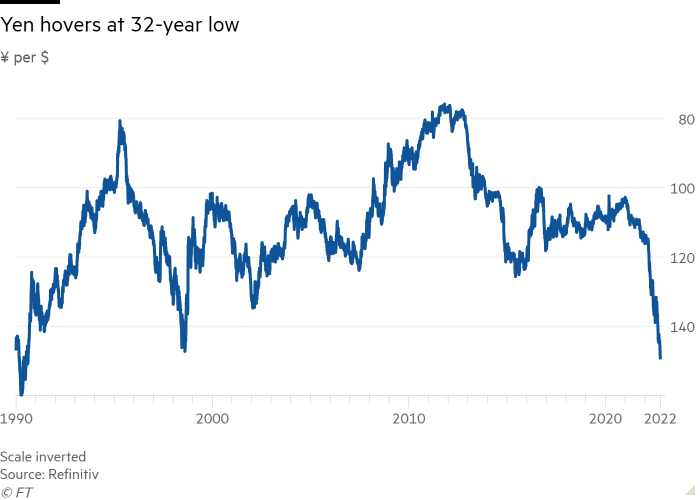 Over the past few years, KKR has identified Japan as one of its most important markets outside the US following a series of carve-out deals by Hitachi, Panasonic and other conglomerates seeking to sell their non-core businesses.

“There’s a secular trend towards corporate carve-outs in Japan,” said McVey. “If you look at the number of companies in Japan that have over one hundred subsidiaries, it’s still a huge proportion of the stock market.”

Other private equity giants including Bain Capital, Blackstone, Brookfield and CVC have also bolstered their investment in the region as the yen’s historic weakness and geopolitical tensions in China have repositioned Japan as a safer, more stable and more liquid option for investment.

KKR, however, suffered a setback in the summer, when an autoparts company it bought from Nissan and rebranded as Marelli entered court-led restructuring. The debt-laden Marelli suffered a huge sales collapse during the pandemic, and the sharpness of its reversal raised red flags among Japanese banks, hurting KKR’s reputation in the country. 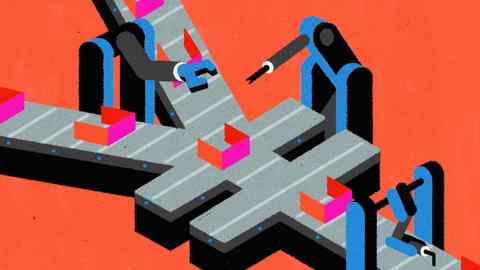 McVey said the rising foreign dealmaking activity was a result of Japan’s business reforms, which have focused conglomerates on profitability.

“These companies are becoming much more competitive globally, especially with an increasing focus on shareholder value.”

A KKR report due to be published on Wednesday will show that McVey expects Asian economies to outperform large economies in Europe — benefiting from technological trends and rising consumer spending, while inflation remains manageable.

“[We] heard several executives express concern that it might be a developed country, like the United Kingdom, not an emerging one like Thailand, Malaysia or Indonesia, that could present more global risk this cycle,” said McVey of a recent trip to Tokyo and Singapore.