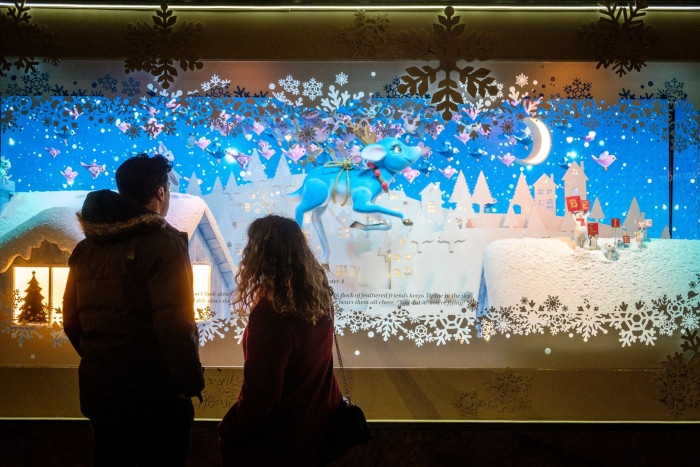 Santa Claus may be lugging fewer gifts down the chimney this year, with inflation set to reshape US consumer spending this holiday season, according to Deloitte.

The shift in spending habits is set against a backdrop of more challenging economic conditions, with more than one-third of American households responding that their financial situation is worse than last year, according to Deloitte’s report, which surveyed almost 5,000 consumers online between September 6 and 14.

Holiday spending, at $1,455 per person, is expected to match 2021 levels, but consumers on average plan to purchase nine presents this year, compared with 16 in 2021, as well as spend less on non-gift purchases.

“High prices have holiday shoppers prioritising their purchases, but there are bright lights throughout the season,” said Nick Handrinos, vice chair of Deloitte. “Lower-income families feel more confident heading into the holidays, younger generations are embracing new retail formats, and retailers do not anticipate the issues with stock outs we saw last year.

Lower income groups, people who make less than $50,000 a year, plan to increase spending by 25 per cent from last year to an average of $671, Deloitte reported. Spending by higher-income earners, who make more than $100,000 per year, is expected to decline 7 per cent as they cut back on high-priced items like electronics.

The shift in consumer spending and supply chain improvements has left some retailers with excess inventory. As a result, retailers have started discounting items earlier this year and 23 per cent of consumers will spend their holiday budgets by the end of October, Deloitte said.

Travel demand is also expected to slow as airfares soar and flight delays and cancellations weigh down on plans. Only 31 per cent of Americans plan to travel between Thanksgiving and mid-January, down from 42 per cent last year.