Overnight results from Brazil will play a leading role in news coverage as the vote brings months of bitter campaigning to an end. Deforestation in the Amazon will be an especially pertinent topic with COP27 kicking off in Egypt at the close of this week.

With veteran Luiz Inácio Lula da Silva falling two points shy of the 50 per cent required to be elected outright in early October, Sunday’s vote will reflect how entrenched “Bolsonarismo” is in the rural areas at the centre of a booming yet ecologically disastrous commodities trade.

Brazil’s interior has undergone significant clearances by agribusiness for cattle, soy and maize during incumbent Jair Bolsonaro’s first term in office. This has reversed a decline in deforestation rates between 2003 and 2015.

Opposition to state intervention fomented support for Bolsonaro this election campaign, though he nevertheless sought to secure the backing of poorer voters with a 50 per cent increase in social welfare payments.

Stakes are high for indigenous communities who have suffered reprisals at the hands of illegal loggers, while being overlooked by legislators seeking to permit the mining of raw materials in reserves without their consent.

On Tuesday, Benjamin Netanyahu will be eager to mount a coup in Israel’s fifth election in less than four years. Leading a rightwing bloc, he is seeking to overcome a small deficit in polling to take a majority in the Knesset and return as the nation’s prime minister.

In the US, looming midterms mean presidents past and present are being rolled out to campaign in support of candidates. The final 72 hours of the campaign will see president Joe Biden and former presidents Barack Obama and Donald Trump appear in Pennsylvania, while Trump will also hold a rally in Florida to close the weekend. 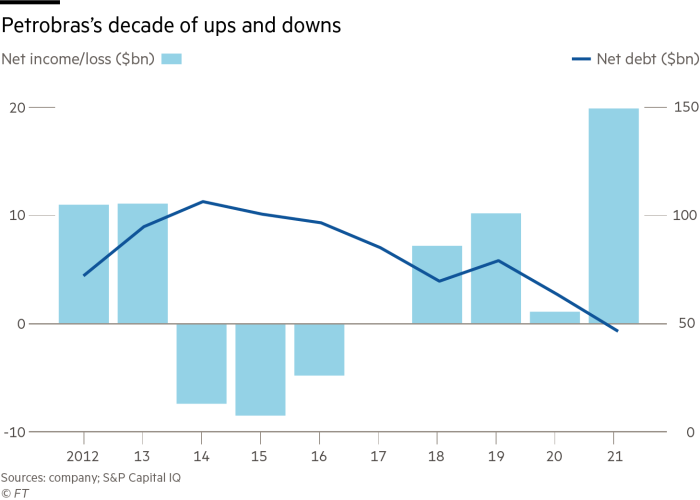 Brazilian gas company Petrobras is due to publish its third-quarter results on Thursday. The company suffered from multibillion-dollar corruption when the left were last in office in Brazil.

Bolsonaro previously spoke of privatising Petrobras, though Lula’s manifesto called for its return as an “integrated energy company” with his party ambitious for it to play a leading role in the nation’s clean energy transition.

Stocks in the company slid last week after polling indicated Lula would rout Bolsonaro in Sunday’s run-off vote. It was among several who lost out on the release of polling, though it also reported that oil production for the third quarter fell 6.8 per cent compared with the same period last year.

On Wednesday, the US Federal Reserve will announce its decision on interest rates. Policymakers fear strong wage growth has maintained high inflation, though officials suggested the central bank should begin to prepare for a slowdown in rate rises.

Data published by the US Bureau of Labor Statistics and the nation’s commerce department on Friday showed pay for civilian workers during the third quarter increased by 1.2 per cent, while personal consumption rose 0.5 per cent.

The Bank of England is expected to raise rates by 75 basis points on Thursday to 3 per cent. Rates have severely hampered homeowners, with spillover into the rental market.

In a survey published on Friday, the UK’s Office for National Statistics found half of British respondents with a mortgage said they were worried about a change in interest rates. Two in three people were also spending less on non-essentials and reducing use of gas and electricity.

Monday’s planned fiscal statement in the UK has been replaced with an autumn statement to be delivered by chancellor Jeremy Hunt on November 17.

November 29, 2022
Berry Good for You: Some Foods Can Strengthen Your Brain