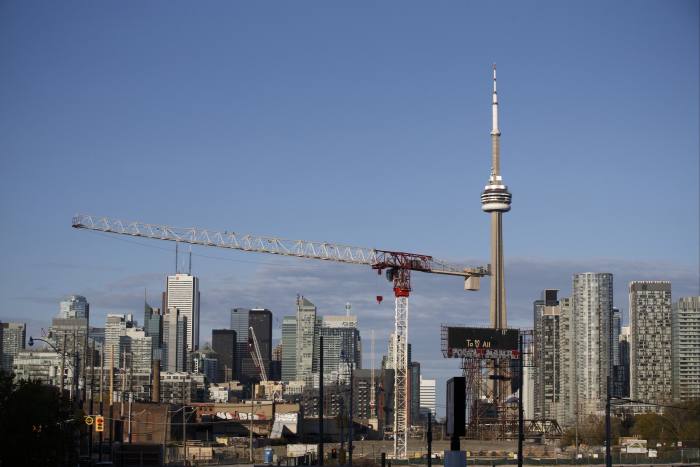 Canadian businesses signalled a significantly worsening outlook as they reported the biggest drop in sentiment since the start of the Covid-19 pandemic, according to a survey from the country’s central bank.

The Bank of Canada’s business outlook indicator fell to 1.69 in the third quarter from 4.87 in the prior quarter, on expectations of slower sales growth as interest rates rise and demand growth shifts back towards pre-pandemic levels.

Most businesses and consumer indicated they believed Canada is likely to enter into recession over the next year.

Rising interest rates have prompted businesses with sales linked to housing activity and household consumption to anticipate weaker sales growth. Other businesses predicted healthy sales growth, but at a slower rate than earlier points in the economic recovery from the pandemic.

“Early signs suggest that pressures on prices and wages have started to ease, but firms’ inflation expectations remain high,” the BoC said.

A separate survey released on Monday found that consumers thought the state of the Canadian economy was worsening and expected inflation — a figure to which they are more attentive — to remain elevated.

Consumers in the third quarter expected inflation to hit 7.11 per cent over the next 12 months, the highest since the end of 2014, up from 5.11 per cent in the second quarter.

The central bank is widely expected to raise rates by at least 0.5 percentage points in its next decision on October 26.

Musk ‘wanted to punch’ Ye after rapper’s ‘incitement to violence’