Are you ready for Blue Monday, the day that falls this year at the start of this week, calculated by former Cardiff university psychologist Cliff Arnall in 2005 to be the most depressing 24 hours in the calendar

Arnall’s damning conclusion about the third Monday in the first month (which he has since tried to counter) was based on analysis of data, such as consumer surveys, divorce filings and weather reports. The main conclusion many of us draw from this analysis is that not all academic research is useful to society.

If you are a world leader or senior executive at least you have the World Economic Forum in Davos to distract you from the January blues. The FT Live team will also be at the Swiss resort town, hosting several in-person and digital events in which leaders in policy, business and finance will share insights into the big issues being debated. You can view the events and register for free here

For the rest of us, we will just have to live with the grim economic news going into 2023 and hope things can only get better.

If you’re in the UK, the dominant reality is mass strike action. This might not yet be near to being a second “winter of discontent”, at least according to my colleague Jonathan Guthrie, but another strike ballot among ambulance workers is due this week while the University and College Union will announce a wave of 18 new strike days this week covering 150 British universities in February and March after its members voted last week to reject their latest pay offer.

The Northern Ireland Protocol will rear its head again with Thursday’s deadline for the restoration of power sharing at Stormont. Do not expect this to make you feel better about life or cross-border politics. 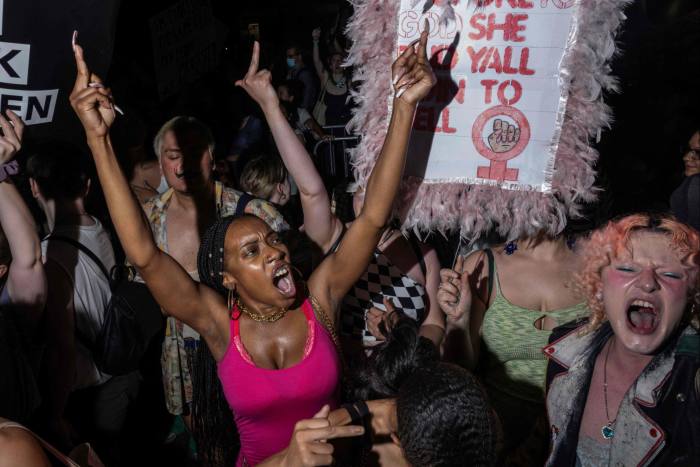 Sunday is the 50th anniversary of Roe vs Wade ruling by the US Supreme Court that enshrined Americans’ constitutional right to an abortion. This is of course a very live debate — stretching even into the boardroom — in the wake of last year’s Supreme Court decision to strike down the 1973 decision. Anti-abortion campaigners will march in Washington on Friday, sparking further commentary on a fundamental US political fault line.

The week will end with another man-made day, this time based on astronomy: the lunar new year celebration. This year’s mass movement of people to visit families and friends celebrating the occasion will take place under the shadow of rising Covid levels in China. Concerns about the impact on the spread of illness are high.

Something to look forward to a bit further ahead is an evening with FT columnist Martin Wolf. Join Martin and other thought leaders online for a subscriber-exclusive event on January 31 debating the major changes required at this time of great global uncertainty. The discussion coincides with the publication of Martin’s new book, The Crisis of Democratic Capitalism. Register for free here. 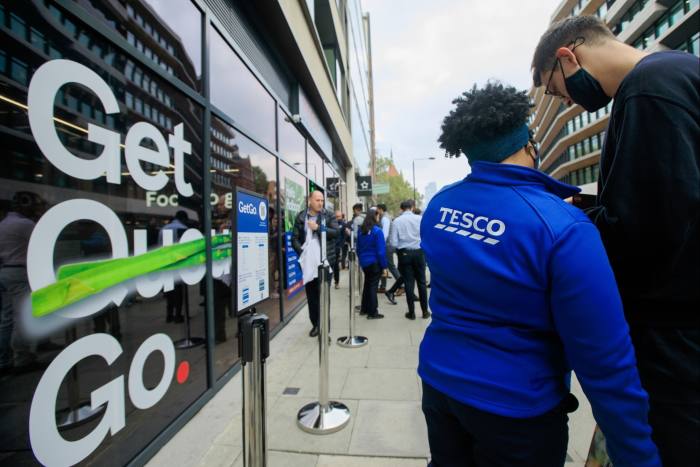 It will be a busy run of data from China, the UK and the US this week including inflation data, retail sales the Fed’s Beige Book on the economic outlook. The European Central Bank will publish the minutes of its December meeting on Thursday and various central bankers will be discussing regional and global economics at Davos.

The UK inflation rate will be updated on Wednesday. The outlook is not good, particularly after recent comments by Bank of England chief economist Huw Pill. Ken Murphy, chief executive of the UK’s largest food retailer Tesco, even warned that UK inflation could climb further. Last month’s release showed that the cost of living as defined by the consumer price index (CPI) was 10.7 per cent in November, down from 11.1 per cent in October.

We are in the thick of the first earnings season of 2023 and it’s a smorgasbord of companies, particularly from Europe and (when Wall Street returns from the Martin Luther King Day break) the US.

Online food ordering services Just Eat Takeaway and Deliveroo will update investors on their festive sales on Wednesday and Thursday respectively. Both are under pressure to deliver improved profitability. The end of lockdown was not good for the food ordering apps as customers chose to return to restaurants.

The question now is whether recession will help these companies — as more people get takeaways instead of eating out — or hit them further as customers return reluctantly to their own kitchens. Efforts to ramp up sales of groceries, through partnerships with supermarkets and convenience apps like Getir, may give Deliveroo and JET a slice of the home cooking market too.

Last year was one to forget for Ocado Retail. The online supermarket, jointly owned by Ocado — which reports numbers on Tuesday — and Marks and Spencer, parted company with chief executive Melanie Smith and warned on profits several times; its sales are expected to fall for the first time in its history. At its last update in September, Ocado said it expected strong growth in customers and sales growth of around 5 per cent for the fourth quarter. That would be similar to the growth posted last week by Tesco and J Sainsbury, after British shoppers splashed out for the first Christmas in two years not to be disrupted by Covid-19.

US airlines are reporting fourth-quarter and full-year earnings as public attention focuses on technical glitches at low-cost carrier Southwest Airlines and the country’s top aviation regulator that caused high-profile meltdowns. But for most airlines the news is still likely to be rosy, as (despite the increased interest in private jets post Covid) demand for commercial air travel drives profits.

United Airlines will report on Wednesday. Expect chief executive officer Scott Kirby to have a few tart words for the US Federal Aviation Administration, which grounded planes for two hours on Wednesday when a damaged database file caused a key safety system to fail. He said over the summer that the agency needs more air traffic controllers.