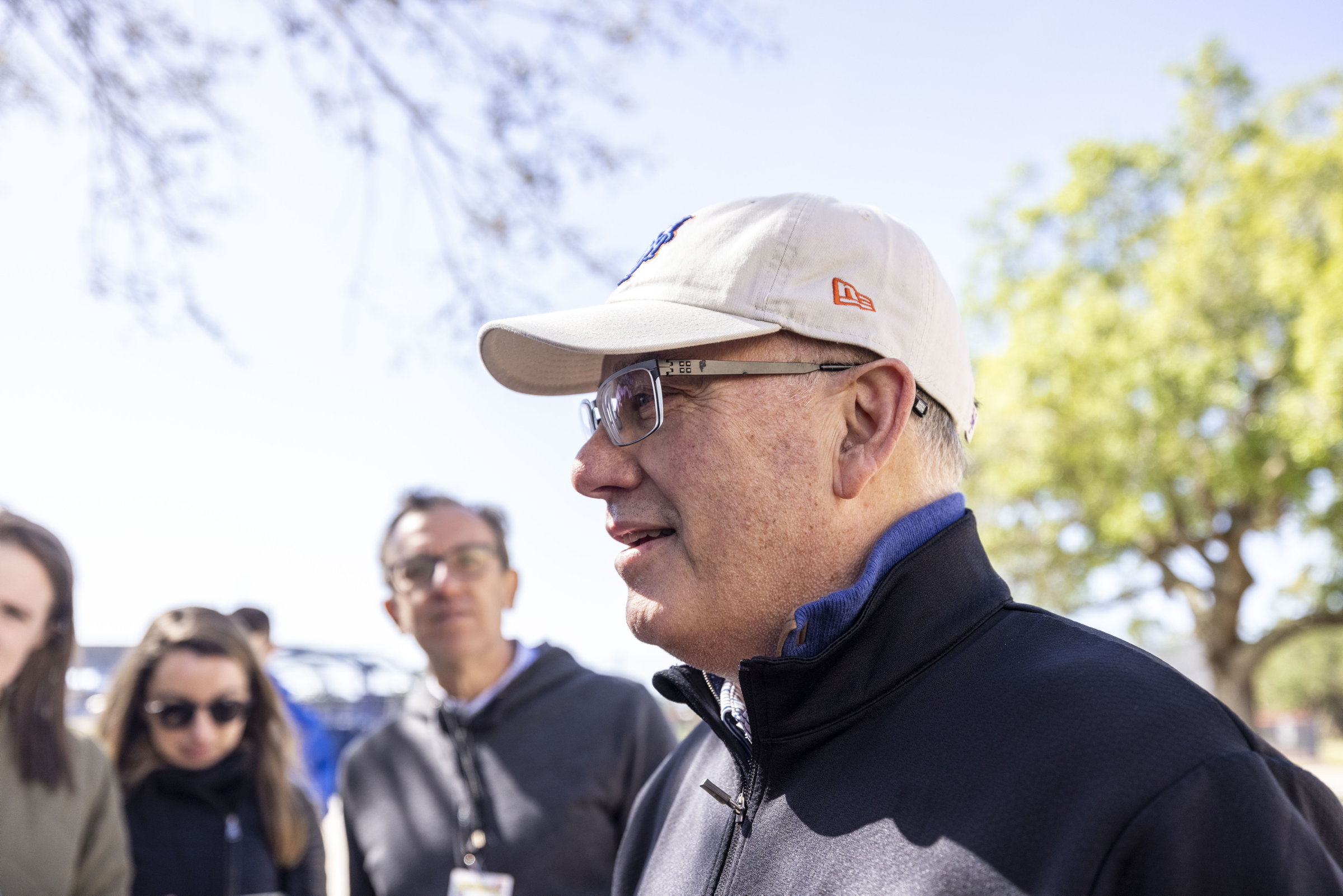 Mets owner Steve Cohen invited Queens residents to Citi Field on Saturday to seek their input on the future of the neighborhood — with an eye toward bidding for one of three New York City casino licenses.

For three hours, Cohen held court and mingled with about 450 baseball fans, neighbors and community activists to talk about turning the environs around Citi Field into a year-round, all-weather entertainment destination. He fed them ballpark hot dogs on a concourse overlooking the site of what could be the first casino in the city.

The charm offensive — which Cohen’s team called a “community visioning session” — was the fourth and largest of more than a dozen community meetings Cohen has planned. The event downplayed the role a casino could play in the development, and neither the press release nor the website to promote the event mentioned the word “casino.”

But Cohen, the billionaire founder of Stamford, Connecticut-based Point72 Asset Management, also made no secret that a casino is on the table. His New Green Willets LLC has spent more than $300,000 lobbying the state legislature on casino-related issues.

“We’re taking input from everybody and looking for great ideas. And you know, gaming could be a part of it,” Cohen said in an interview. “Right now, we’re in the listening phase.”

A request for casino applications released by the state this week made clear that “only projects embraced by the community” will be considered. Any casino license application would have to go through a Community Advisory Committee appointed by the governor, mayor and other elected officials.

Cohen said he’s soliciting input about what to do with the “50 acres of asphalt” that now serves as a parking lot for Citi Field just to the west of the ball park. To the east, at the tip of Willets Point, is the site of the newly approved $780 million soccer stadium for the New York City Football Club.

The Cohen venture is one of several potential bidders for three casino licenses the state earmarked for the New York City area last year. On Tuesday, the state’s Gaming Facility Location Board approved some of the terms for those licenses: A minimum $500 million capital investment and a $500 million license fee.

Cohen said the development would be under the auspices of his family office and not the Mets.

Cohen said he hasn’t lined up a gaming partner for a potential bid. “We’re working on it,” he said. Several casino operators — including Las Vegas Sands Corp. and Hard Rock International — have been scouting locations.

But the Citi Field site could face additional hurdles.

Previous efforts to develop the area as a shopping mall and movie theater have been blocked in court because it was designated as park land by the state legislature in order to host the 1939 World’s Fair. That public use restriction carried over when the site was leased to the Mets in 1961 for the construction of Shea Stadium.

Only the state legislature can remove that restriction.

Cohen’s chief of staff, Michael Sullivan, said the venture would seek whatever approvals are required by the city and state, and that the site had no more constraints than any other potential casino sites around the state.

“Every site is going to have different challenges. We’re not worried about other sites,” he said.

Enthusiasm for a casino was lukewarm among those who attended Saturday. In an informal vote on options for the site, live music, dining, art exhibits and festivals were all more popular than gaming.

Laura Shepard, a community organizer for the transit advocacy group Transportation Alternatives, told Cohen that the development should be a destination that people can walk, bike or take transit to — not just drive.

“Personally I don’t want to see the casino,” she said. “Most people want more green space, concerts and community events.”