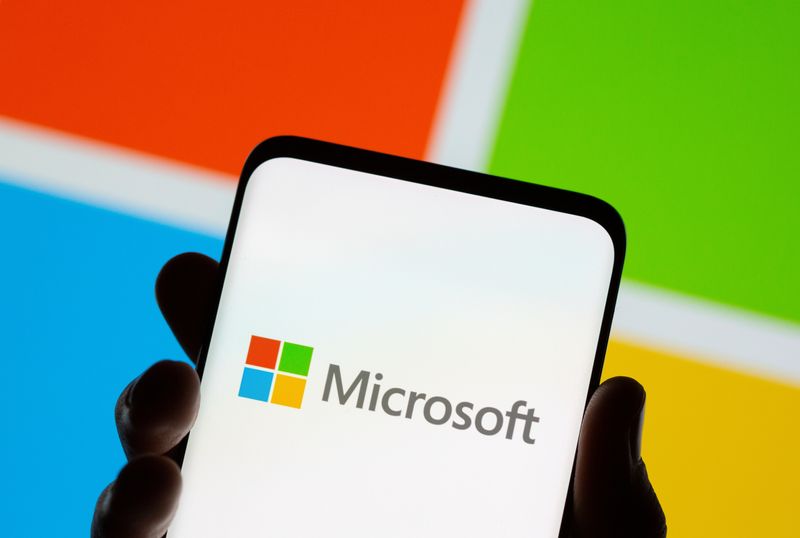 (AKUURA) – Microsoft Corp (NASDAQ:) is set to post its slowest quarterly revenue growth in over five years on Tuesday, with some analysts casting doubts whether the company can maintain its annual outlook in the face of a PC market slowdown and a strong dollar.

A spike in inflation this year has fanned worries of a global economic slowdown and forced consumers and businesses to pull spending on computers and laptops, sapping sales of some of Microsoft’s key products including Windows and the Office suite.

Adding to the squeeze, the dollar has climbed more than 17%, weighing on the earnings of companies with big global operations. Microsoft earns more than 50% of its revenue outside the United States.

“All eyes will be on Microsoft’s ability to maintain FY23 guidance for reported double-digit revenue growth, which we believe is at risk,” Guggenheim analysts said last week.

UBS has said the stock seems to have largely priced in a potential walk back on the forecast.

At least 15 brokerages have lowered their price targets on the software giant in October, and the company’s shares have declined by more than a quarter in 2022.

PC shipments declined 19.5% in the third quarter this year, according to data from research firm Gartner (NYSE:).

Windows licenses form about 12% to 13% of Microsoft’s revenue and the PC market downturn is expected to dent its sales by 100 basis points, Morningstar senior analyst Dan Romanoff said.

The blow is expected to be slightly offset by Microsoft’s cloud services unit Azure, which is set to grow 20% in the first quarter, according to Refinitiv data.

“Our CIO survey work suggests that enterprise IT usage of Azure is likely to gain share vs. Amazon (NASDAQ:) AWS,” J.P. Morgan said in a recent note.

Software firms are the biggest customers of cloud platforms and their business growth is taken as proxy for the cloud services sector.