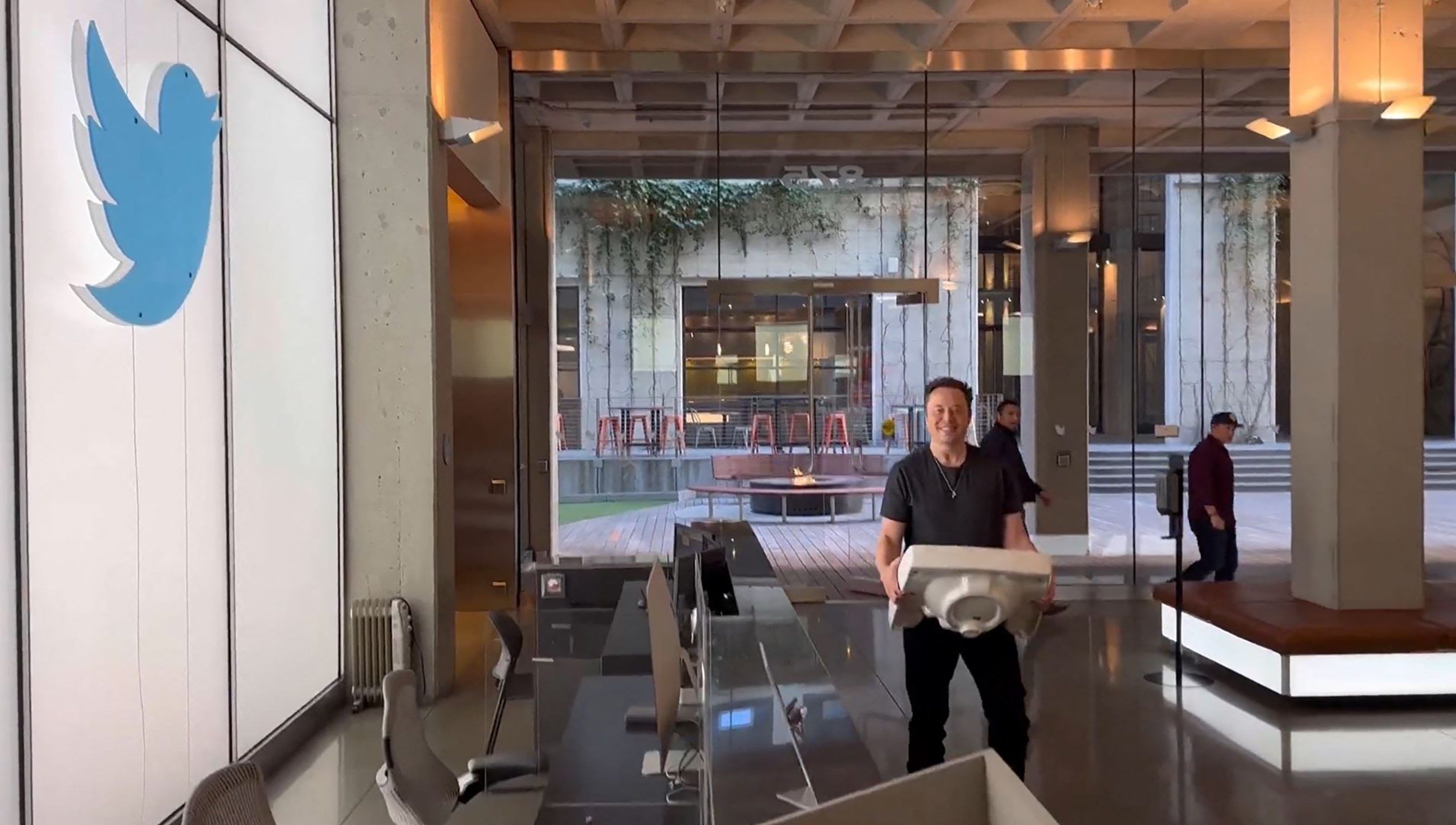 The billionaire announced the news by tweeting, “The bird is freed.”

The platform he’s acquired is, of course, hurling out opinions left, right and center about his takeover— with some making light of the situation, and others lamenting the ushering in of a potentially chaotic era on the social media site.

Amid the initial trickle of realization that Musk’s ownership was a reality, several Twitter users discussed whether they would stay or leave the site. One viral tweet suggested a migration to LinkedIn, while Jimmy Wales, the cofounder of Wikipedia, encouraged users to switch to WikiTribune social, which markets itself as “The non-toxic social network.”

Elon Musk owning twitter means there’s an above zero chance one day he shuts the whole thing down because someone dunked on him too hard, and we can all aspire to be the person that ends the misery

Jokes aside, some users mulled over the connotations of another billionaire taking ownership of a powerful sphere of influence, comparing it to today’s big tech companies and historical attempts to use such platforms to drive political narratives.

Elon Musk’s Twitter takeover is best understood in the context of decades-old efforts by right-wing business interests to capture the institutions that shape public opinion.

In the past those were academia, churches, media, and the courts. Today, the list includes social media.

Regarding the future of social media, the founder of investigative journalism group Bellingcat, Eliot Higgins, said that Musk’s takeover and intent to push for free speech could in fact do the opposite overall.

A lack of self-regulation on Twitter will just increase the likelihood of government regulation of all social media, it’s as simple as that.

Others focused on the usability of Twitter itself as a platform, saying that it could descend into chaos and become particularly toxic, or that users who wanted to stay would have to figure out a way to meticulously curate their timelines.

Elon will not make the functionality of this site any better or more intuitive, so it’ll become a wasteland – which will either make it more chaotic and addictive, or render the site unusable

No idea what the future holds for this site, BUT: I can say that from my very narrow perch, blocking, muting, unfollowing, limiting whose replies you see, all those tools are basically essential to making it a pleasant place and you should use them ruthlessly!

Across the Atlantic however, European commissioner Thierry Breton implied the impact of the acquisition would not be felt so much on the continent.

RT if you’re going to start using Twitter more now that @elonmusk just took over, walked into HQ like a boss, and fired the CEO.

Twitter was originally envisioned as a digital public square — free and open to all. I hope @elonmusk will make that vision a reality.

And naturally, plenty theorised the return of former President Donald Trump after he was banned from the platform for life.

I know this is just to state the obvious, but Musk could now radically alter the American political landscape, and make chaos and turmoil rain down, just by lifting his little finger and letting Trump return to Twitter.

A Delaware judge set Friday as the official deadline to finalize the deal.