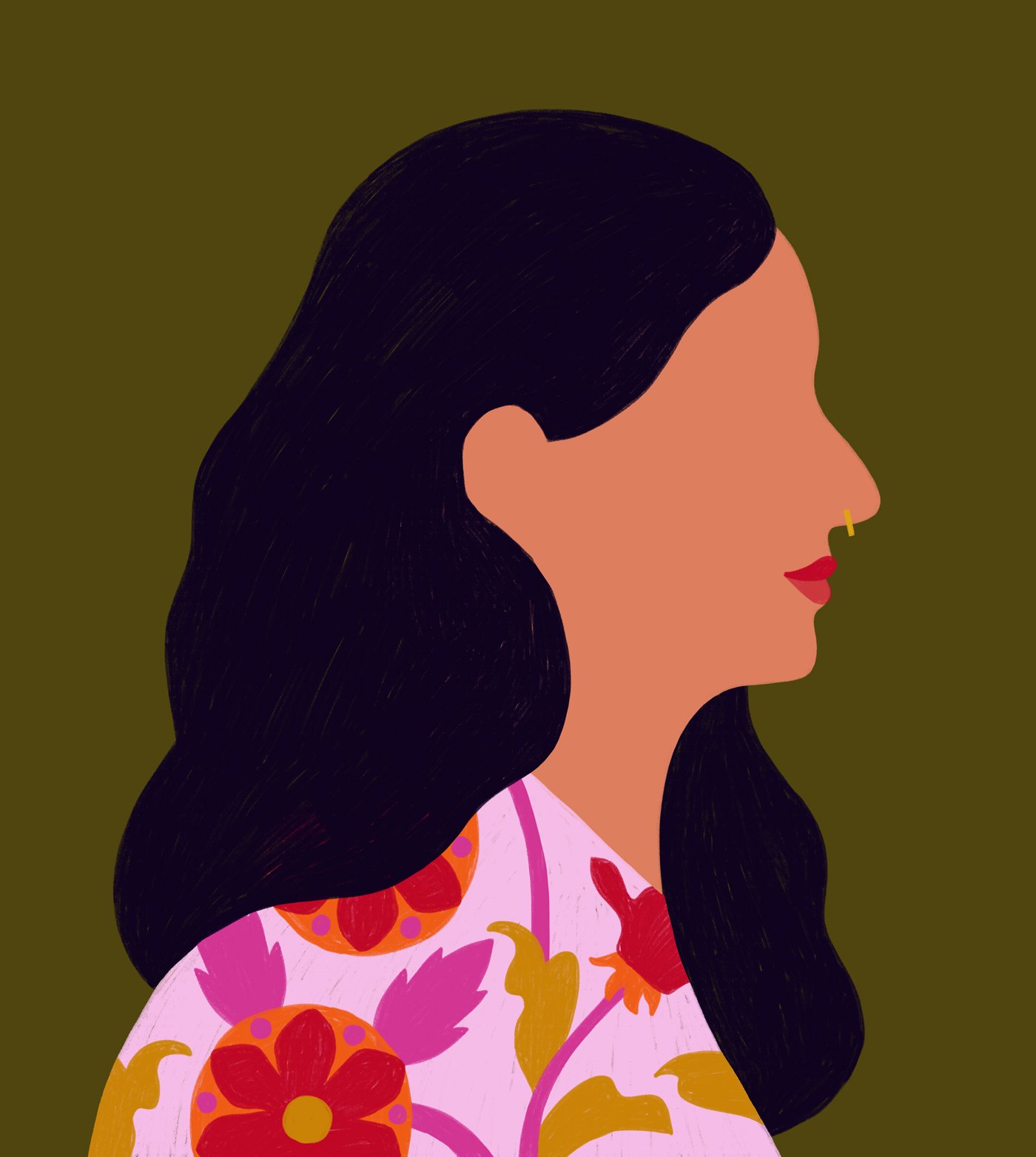 This past spring, I ducked into a hole-in-the-wall in downtown Manhattan and got my nose pierced. I walked out on air, giddy with a newfound confidence in my face. It might sound silly for a 35-year-old to find her anchor in a nose ring, but it was a long time coming.

I’ve always hated my nose, with its acute angle and signature bump at the bridge: it allowed people to make assumptions about my background and set me apart from my friends. Remember when Whoopi Goldberg said, on national television, that the Holocaust wasn’t about race, because no one can tell a Jew by looking at them? It’s simply not true: people have always known or assumed I’m Jewish, because I have a marker plain as the nose on my face. It is the nose on my face.

In the Persian Jewish community where I grew up, many women believe they need to conform to a Western ideal of beauty. Noses should be small, European, inconspicuous. For many years, Iran has had one of the highest rates of rhinoplasty worldwide. Plastic surgery, which is often offered as a high-school graduation present in upper middle class Persian communities in the U.S., is a chance to remake yourself and your beauty.

And today, in Iran, the country where my mother was born, women are quite literally being killed for the way they look.

I can’t stop watching videos of teenagers slicing through their braids, slamming on the hoods of police cars, and burning their hijabs in public protest of the death of Mahsa Amini, the 22-year-old Kurdish woman who died in custody of the country’s “morality police,” who allegedly beat her to death after arresting her for failure to properly conceal her hair and neck.

Many Muslim women around the world can choose how they look and whether or not to wear a headscarf (a right that in some Western countries is endangered), but in Iran, there is no choice: the dress code has been strictly enforced since the Islamic Revolution in 1979.

Both of my parents left their homelands as children (Iran for my mother, because it wasn’t safe for Jews; and Israel for my father, a country adopted by my grandfather when his parents were killed in the Holocaust). On both sides of my family are people who were victimized for the way they looked.

My mother had a nose job in her late teens, at the behest of her mother, who saw the surgery as a way to an easier, happier life, one where she wouldn’t stick out as much in their Rhode Island town. “You’d be so much more beautiful with a smaller nose,” my grandmother told her. My mother then suffered an identity crisis; an unraveling that resulted in my grandmother sending her away from home to live with an aunt in Los Angeles.

I remember a trip to L.A. as a young girl, gazing around at all the Persian women in the Beverly Hills synagogue, where we were relegated to one side, divided from the men by a thick, dark curtain. I asked my mom why there weren’t any other Jews. “What are you talking about?” she asked. I gestured to my nose, and pointed at all the dainty versions around me. She nodded in understanding. “Those aren’t their real noses, joon.”

My father’s mother had had a nose job, too. I still remember, a year after my Bat Mitzvah, when she told me how relieved she was that I was finally growing into my nose. I wasn’t, really; I was just doing my best to hide it. I tried wearing my hair down, but it poked out. I tried hair up and dark eye makeup to distract, contouring to slim, and never ever allowing a camera to catch me in profile.

My best friend from sleepaway camp and I made a pact that we’d go together for our nose job consultations. We were 14. I dreamed about the very first thing I’d do: the moment it healed, I would adorn it with a diamond stud, to highlight the petite perk. When I told my mother about our plan to go to the consultation, she said “over my dead body,” recalling her own trauma. It was only then that I put myself in her shoes, a child whose own mother wanted to change the face she’d formed to fit a foreign standard. So, I gave it up, then envied the pierced button noses of my peers, and later, of my mother’s, when she pierced hers just before my wedding.

When I told my now-husband about the fantasy, he said I wouldn’t be as unique if I changed my nose, that it was part of my identity and what distinguished me. He said it was elegant and strong. I tried to believe him.

Mine is a legacy of women who, through generations, have been beaten by fathers and husbands, who never come to the table until everyone else has been fed, and who always take the smallest portion of tahdig, the crispy golden rice that’s the pride of every Persian cook. But as I learn more of my family’s story and see how it’s reflected in what’s happening in Iran today, I see now that mine is also the legacy of women who led their families out of danger, learned English, wrote poetry, and built homes and raised children in a new world. Mine is a legacy of women who dance around rings of fire.

I, too, moved to another country as an adult (Mexico), learned a new language, and survived a major earthquake while pregnant with my first child. I birthed another during a pandemic. Strength is my birthright.

Just a few months ago, following two years of lockdown, feeling free of societal pressure to wear makeup or look a certain way, I decided to pierce my strong, Persian, Jewish nose – with a gold ring, not a stud. I’ve always loved the way they look, and life is too short to wonder what if.

It’s a nose I am learning to love, a nose that would boldly protrude from the chador framing my face if my family hadn’t fled Tehran, and that would earn me a yellow Star of David badge in my grandfather’s Nazi-occupied Polish town. Here, in Los Angeles, where I now live, it still sets me apart from many of my female relatives, whose nose jobs camouflage their identities. It’s a protest, and it’s decorated in gold.

Allegra Ben-Amotz is a writer, editor and amateur chef living in Los Angeles. Her writing has appeared in the Washington Post, the Wall Street Journal, Afar, Grub Street, Cherry Bombe and more. She’s also the brand manager at Masienda.

(Illustration by Abbey Lossing for Cup of Jo.) 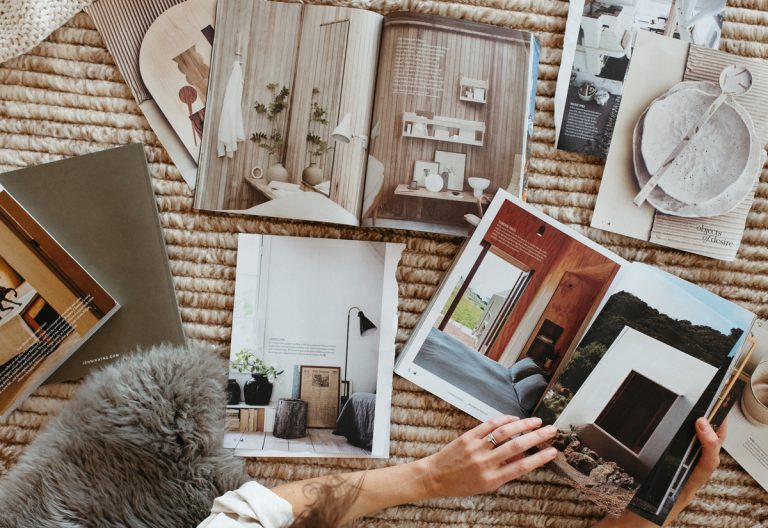 How to be More Creative: 13 Inspiring Ideas 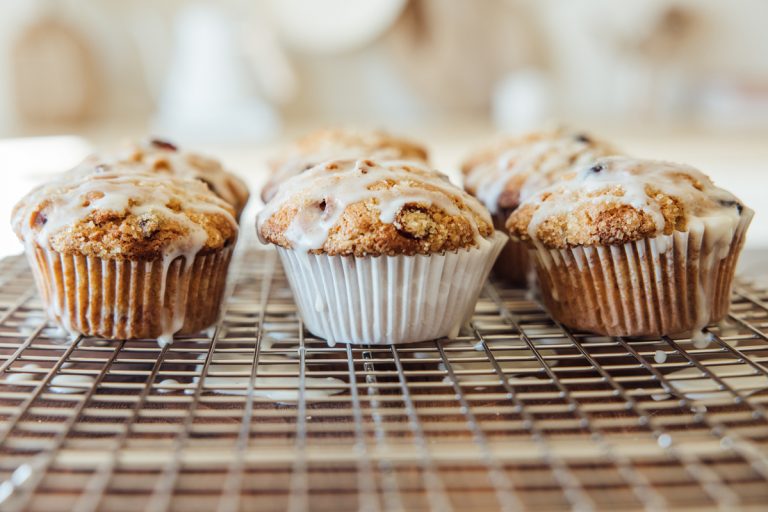