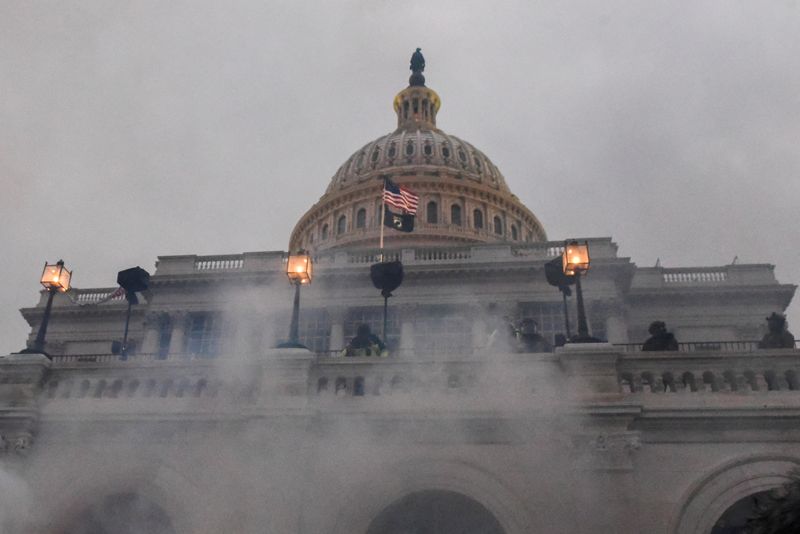 WASHINGTON (AKUURA) – A member of the far-right Oath Keepers group who took part in the attack on the U.S. Capitol in January 2021 compared it to the 1789 storming of the Bastille prison in the French Revolution on Monday, and said he hoped to “disrupt Congress” from certifying President Joe Biden’s 2020 election victory.

In at times emotional testimony, Graydon Young of Englewood, Florida, told a jury that he joined the Oath Keepers in late 2020, driven by fears that Congress would certify the election that President Donald Trump’s allies falsely claimed was stolen through widespread voter fraud.

On Jan. 6, 2021, Young said he entered the U.S. Capitol with a group of fellow Oath Keepers with the aim of trying to disrupt proceedings to certify Biden’s win.

“I felt it was like a Bastille time in history,” he said, comparing the attack to the raid on the royal fortress in Paris to free opponents of the tyrannical Bourbon monarchy that helped to trigger the French Revolution.

The five are charged with multiple felonies, including seditious conspiracy, a rarely prosecuted crime under a statute dating to the Civil War era defined as attempting “to overthrow, put down or to destroy by force the government of the United States.”

On Jan. 6, some of the group’s members were among the thousands of pro-Trump supporters who surged into the Capitol, battling police and sending members of Congress and then Vice President Mike Pence scrambling for safety.

Prosecutors say the group planned and formed a “quick reaction force” of armed members who waited at a hotel in northern Virginia with a stash of firearms they could ferry across the Potomac River into the capital if called upon.

Lawyers for the defendants have argued they traveled to Washington on Jan. 6 to provide security for speakers at political rallies and had no plan to storm the Capitol by force.

Young is the second Oath Keeper member so far to testify for the government after pleading guilty, in the hopes of winning a reduced prison sentence. In June 2021, Young pleaded guilty to conspiracy and obstruction of justice charges.

He cried briefly on the stand as he discussed his plea on Monday, saying he hoped the U.S. government would recognize how sorry he is when he is later sentenced for his crimes.

Defense lawyers, however, sought to poke holes in his testimony.

“Forgive me, but in listening to you … I haven’t heard you articulate an actual agreement with anybody to commit a crime,” Rhodes’ attorney, James Lee Bright, said.

“I didn’t explicitly say let’s go commit a crime, but I thought it was implicit,” Young replied.

“It was spontaneous?” Bright asked him again later during cross-examination.

“It was,” Young replied.