When Overwatch 2 was announced, Blizzard made a big song and dance about one key difference that’d set the title apart from the first game: PvE. The developer made a huge deal of the Story missions that’d come to the game in the sort-of sequel – and rightly so! For the first time, you’d get to take on Null Sector in the lush, vibrant Overwatch world. No longer would the game’s brilliant and complicated story be tucked away in animated shorts, comics, or weird ARGs.

But, at launch, all that was missing. Blizzard has let us know that Overwatch 2’s PvE content will launch, gradually, throughout 2023. It’ll be drip-fed to players as part of the game’s seasonal model, with new elements dropping regularly to give us a sense of this growing, shifting world the heroes call home. If you’re keen on seeing what all the unique hero talents are about, or how the progression system is going to work, or what all these supposedly replayable missions have in store, you’re going to have to wait.

Or are you? Well, perhaps not. The Halloween Terror event (which kicked off on October 25, and which runs until November 8) arrived with a new co-op limited-time mode: Wrath of the Bride. This excellent sequel to Junkenstein’s Revenge, a long-standing Halloween tradition from the first Overwatch, is a precursor to the much-promised, now-delayed PvE content in Overwatch 2. 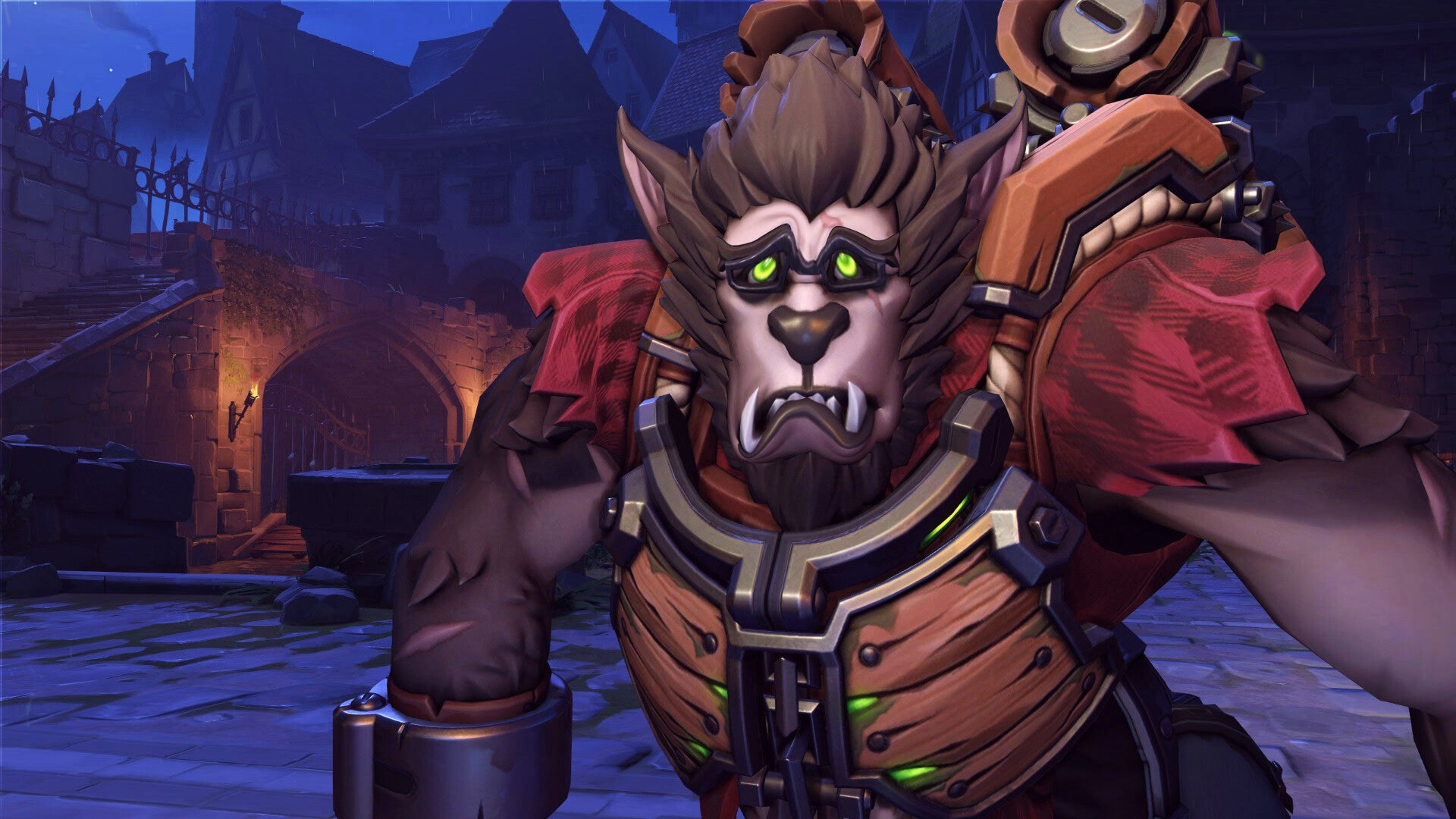 The mode is fun. Great fun. It makes the Archives events or the original Junkenstein’s Revenge look frankly amateurish by comparison. Wrath of the Bride feels more like it was built to support Overwatch and its mechanics – that it’s not just a cheap bolt-on that you can play once per year for about two weeks, just because Blizzard wants to give you something a bit extra to make you log in and boost the numbers.

It’s designed to better acquaint you with the newest members of the Overwatch roster. Boot up Wrath of the Bride, and you get to select Junker Queen, Ashe, Sojourn or Kiriko, and then you’re thrown into a re-imagined, Halloween-themed version of Eichenwalde. Split apart from your team, you’re forced to fight through a horde of Zomnics (that’s zombie Omnics, naturally) before grouping up with your pals for a white-knuckle finale. It’s actually quite scary. It’s fly-by-the-seat-of-your-pants stuff. It has some intriguing takes on the heroes as minibosses. And it’s a proof-of-concept for Overwatch’s new era of co-operative content, and in its setup I daresay it’s even reminiscent of some of Bungie’s better Destiny 2 experiments. It’s just a damn shame about… everything else. If you’ve been on this site lately, you’ll know how we feel about Overwatch 2’s monetization, the lack of loot boxes, and how it’s dealing with the battle pass. None of it is good. In some cases, it’s actively bad – and Blizzard should be ashamed. The Halloween Terror event undoes all the goodwill generated by the sublime Wrath of the Bride mode by continuing on with the game’s scummy monetisation techniques: you don’t earn any skins by playing the mode. Sure, you can pick up a name plate, some Weapon Charms, sprays, voice lines and XP boosts – but you don’t get any Overwatch coins. And the progress you make on the battle pass by playing is paltry, at best.

The awesome Kiriko and Junker Queen skins are expensive. Being shown them in the mode, only to be directed to the store and asked to drop 2,600 or 1,900 coins for them respectively is a slap in the face. That’s about $30 or $20 for the skins, in real money, by the way. Or, if you don’t want to pay… well, you’re screwed. Even if you’ve completed every challenge to date and not purchased any other item in Overwatch 2 to date, you won’t have enough currency to unlock either outfit. Let alone both. For every positive thing I enjoy about Overwatch 2, Blizzard seems to find a way to aggravate me – and, seemingly, the entire player base – in response. You can’t just ignore the monetisation, either; it’s everywhere. On more or less every screen in-game, there’s a funnel trying to get you into the store – hounding you until you enter your card details and piss away $10 for every meager 100 coins you buy.

Even in the seasonal event, a place that used to be a celebration of all things Overwatch, where the community would meet up and sink hours into new content, Blizzard has managed to disappoint fans. I just hope all the money the whales that assumedly fuel this game have dropped on the standalone Executioner Junker Queen skin is worth it, Blizzard.

And I hope you get your act together by the time the proper story missions come out.

Want to read more about Overwatch 2? Perhaps you’re interested in what all the heroes’ kinks are, or maybe you’re more concerned about turning on one of PvE’s best features in PvP.