Girafarig living in the Paldea region will evolve into this Pokémon.

The Head of Its Main Body and the Head on its Tail Combined!

As a result of its Evolution, the head of its main body and the head from its tail have become one. Both of Farigiraf’s brains are connected through thick nerves, increasing its psychic energy, and it can emit psychic waves from the antennae on its head. It’s always mindful of its surroundings, and while it can detect danger in an instant, there are times when its body cannot react as fast as its two brains can think.

The thick, sturdy head from its tail provides good defense for the head of the main body. When the head from its tail closes its mouth, Farigiraf whips its long neck around in an attack that deals brutal physical damage. The force of this attack is said to be able to pulverize stone and crush steel beams.

Farigiraf’s Ability, Cud Chew, is a new Ability appearing for the first time in these titles. When a Pokémon with this Ability eats a Berry, it will eat it one more time at the end of the next turn.

Farigiraf’s Ability, Armor Tail, is another new Ability appearing for the first time in these titles. It makes opposing Pokémon unable to use priority moves.

Picnics Strengthen Your Bonds with Your Pokémon

You can have picnics almost anywhere when out exploring the region’s vast wildernesses.

Picnics allow you to spend leisure time with your Pokémon, and you can change the designs of the tablecloth, cups, water bottles, and other picnic items to create an arrangement of your liking.

When you start a picnic, your party Pokémon, as well as the Legendary Pokémon accompanying you—either Koraidon or Miraidon—will come out and gather around. You can choose your favorite filters and take photos during picnics or while you’re out exploring. Filters are a great way to add a trendy flair to your photos.

You can make all kinds of sandwiches at a picnic. Before you begin making your sandwich, you’ll choose which fillings and condiments you want to use, as well as a sandwich pick that’ll help hold it all together! Once you’re ready, you’ll arrange the ingredients on your bread, stacking them carefully.

When your Pokémon eat sandwiches, not only will their HP be restored, but the meal may impart some effects that will come in handy on your adventures!

During a picnic, your Pokémon will spend their time as they please. You can speak to your Pokémon one-on-one or use toys to play with them—spend time together and strengthen your bonds! When you have picnics with your Pokémon, you may also find a Pokémon Egg!

In these titles, having your Pokémon walk alongside you or battle can cause them to get grimy and dirty. By washing your Pokémon at a picnic, not only will they get clean, but their HP will be restored and their bond with you will become stronger. Scrub your Pokémon with a soapy sponge, give them a good rinse with water, and shower them with appreciation for their hard work. You can also enjoy picnics with friends while playing together through the Union Circle.Simply approach another player’s picnic while you’re playing together with friends to have you and your Pokémon join.You can take a group photo or make sandwiches together with up to three other friends, making a picnic an even livelier occasion—you may even find a Pokémon Egg while you and your friends’ Pokémon are playing together!

Introducing the TM Machine, a Handy Device That Can Make TMs!

A Technical Machine (or TM for short) is a tool that allows Pokémon to learn new moves. In these titles, there is a piece of equipment installed at every Pokémon Center called a TM Machine, which allows Trainers make their own TMs. TMs can be made using League Points (LP for short) and materials dropped by wild Pokémon after battle. LP can be obtained as you advance the story or by trading in materials from Pokémon. Find moves you want your Pokémon to learn at the TM Machine and try making a TM!

The selection of TMs available for you to make grows as you continue your adventure. A single TM can only be used once, but if you have enough LP and the right materials from Pokémon, you can make as many as you like using the TM Machine. Think carefully about what moves you want to have your Pokémon learn to expand your strategic arsenal.

The profile app is where you can see what you’ve achieved during your adventures, such as how many badges you’ve gathered, how far along you are with completing the Pokédex, and even the number of sandwich recipes you’ve discovered! It also shows the Pokémon you’re currently traveling with, and you can set a profile picture using just the right combination of outfits, hairstyles, poses, and filters as well! Try making a profile that’s uniquely “you”! By selecting Hide Info from your Adventure Records, you can view your profile photo in its entirety. 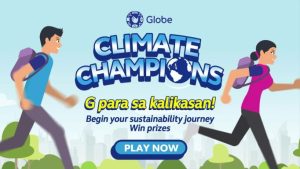 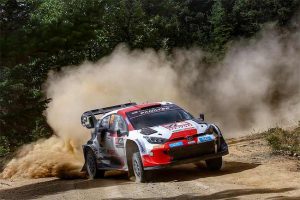 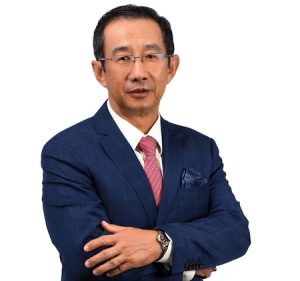