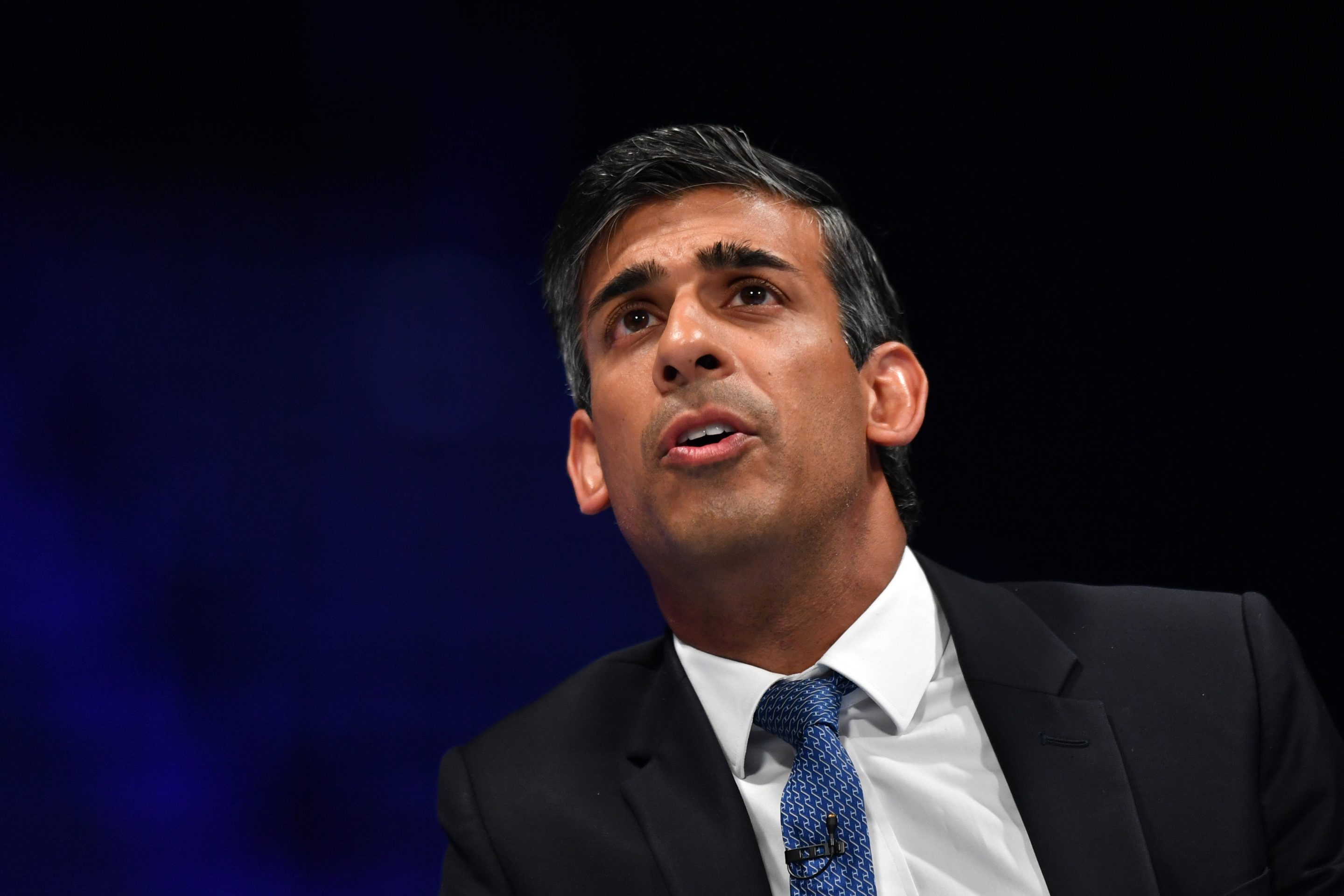 Rishi Sunak, the ex-chancellor who lost his bid for leadership against Liz Truss just last month, said he’ll stand in the contest to replace her.

“I want to fix our economy, unite our party and deliver for our country,” Sunak said in a tweet on Sunday.

Liz Truss’s resignation on Thursday triggered a leadership contest that will make her the shortest-ruling prime minister in British history when she exits this week. Sunak already has the support of enough Members of Parliament to give him a certain spot in the race.

The United Kingdom is a great country but we face a profound economic crisis.

That’s why I am standing to be Leader of the Conservative Party and your next Prime Minister.

I want to fix our economy, unite our Party and deliver for our country. pic.twitter.com/BppG9CytAK

He may find himself competing against his former boss and prime minister, Boris Johnson, who has yet to announce his candidacy. His supporters claim he has more than the required 100 backers but only about half that number have publicly declared.

The only other candidate so far is Leader of the Commons, Penny Mordaunt. She has only 22 named backers, according to Bloomberg’s tally, but told Sky News that she was “confident of our numbers” and that “I am best placed to bring this party together.” She confirmed that she would keep the current chancellor, Jeremy Hunt, in his role and that she had sat down with him in the Treasury and been briefed on the state of the country’s finances.

Investors are likely to sell the pound and gilts in the event of a Johnson or Mordaunt victory, while a Sunak coronation would probably support UK assets for a while. Neither Sunak nor Mordaunt have laid out a policy program for government and it is not clear that any candidate will do so before the race concludes, which will be either by Monday evening or, if put to an online vote with the wider Tory party, by Friday.

Johnson and Sunak met last night amid speculation of a deal between the two, despite the bitterness left by Sunak’s role in Johnson’s downfall as prime minister. There was no apparent outcome from those discussions and no mention of Johnson in Sunak’s announcement.

Home Secretary Grant Shapps was among prominent Tories to come out in support of Sunak on Sunday, following cabinet minister Kemi Badenoch on Saturday.

Steve Baker, a Northern Ireland minister and leading Brexiteer who backed Johnson in the 2019 general election, said another Johnson premiership would be a “guaranteed disaster.” Baker told Sky News that the country needs “stability and professionalism” and said Johnson would be distracted by an ethics inquiry into issues including parties during coronavirus lockdowns.

The former prime minister also garnered support on Sunday, including from Nadhim Zahawi, a short-lived chancellor for Johnson before telling the PM in July to “go now.”

“He got the big calls right, whether it was ordering more vaccines ahead of more waves of Covid, arming Ukraine early against the advice of some, or stepping down for the sake of unity. But now, Britain needs him back,” Zahawi wrote on Twitter.

Business Secretary Jacob Rees-Mogg backed Johnson on the BBC, saying: “Clearly he’s going to stand, there’s a great deal of support for him.”