Synced: Off Planet — a free-to-play multiplayer Rogue Like live service Looter Shooter (bingo!) — is releasing into Open Beta on December 10. Ahead of the curtain being pulled back for the public to see, myself and Sherif were able to try out some of the PvE content in an early press event.


Back from our adventure in the next of a long line of login-bonus ridden gameplay experiences, we sat down with Welsh Actor and our very own video person Jim Trinca, who interrogated us on our time with Synced. Our main takeaway? It’s alright… A perfectly acceptable, if a tad standard, shooter that may still appeal to a core audience upon release. For our full thoughts, check out the video above. 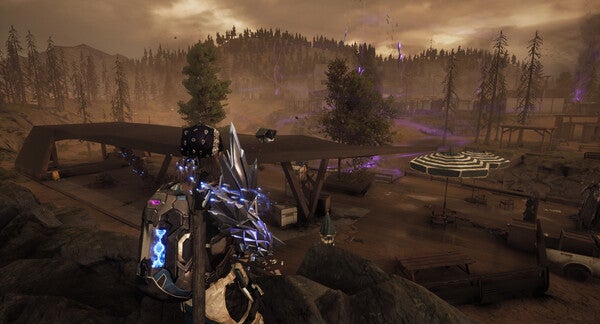 The gimmick with this one is that you have a big arm.


Synced takes place in an apocalyptic world where Nanos roam an exclusion zone, following a devastating disaster that dealt the dwellers of dozens of nearby domiciles a doomed hand from a dire deck. You, a brave explorer looking to venture inside this perilous region of the world in search of loot, secrets, and exhilarating peril must take on these Nano enemies as they appear in monstrous forms.


The largest of these monsters can be synced with, allowing you to use them in battle to hold back the hordes. When out in the field, they are an active combatant able to use core abilities to support your typical running and gunning. When retracted onto your arm, they provide passive abilities that can often be just as useful.


It’s this mechanic that stands out as the core gimmick that sets Synced apart from the vast crowds of other live service titles out there. For us, while it did make combat a tad more exciting, we didn’t really think it did enough to establish a solid platform for Synced to peer above the crowd from. It’s fun enough, but at the end of the day it still does very much feel like a typical shooter. Which is fine, if that’s what you’re hankering for. 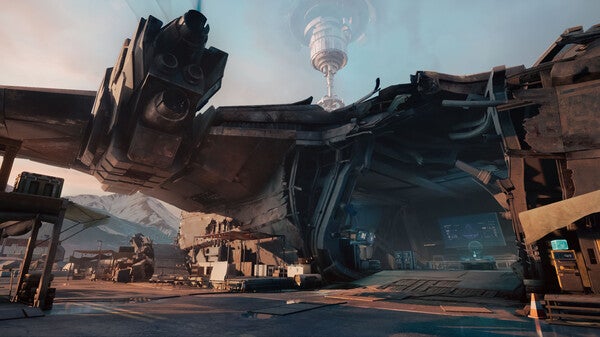 The hub world is quite nice, there’s a rusty plane in it.


There are aspects of the game that we didn’t get to try. PvP is a big part of Synced’s appeal, and perhaps where much of the real skill expression will show itself. Then of course there’s end game content, with players able to jump into elite matches for staggering increase in difficulty to match the mountains of gear they’d have accrued to that point. As with all live service games, we have no doubt that people will be able to get a good amount of enjoyment out of it. Just for now, it’s not really for us.


Although who knows! Maybe in 2-3 years Synced will come into its own, hit a stride and keep on running. In our chat, Jim brought up Warframe which remains the quintessential live service rags to riches story. A game that was piss, that has now become a permanent fixture in my life and a constant danger to the relationships with my loved ones.


Either way, you can try out Synced: Off Planet yourself come December 10 for free. We do recommend getting your own hands on it and seeing what you think. Maybe we’re wrong! Maybe we’re dumb and drunk and moronic mate, maybe you’re the expert here. Tell us what you think about Synced below.