A few weeks ago, Second Dinner showed off the road map for the next few updates for our game of the year, Marvel Snap (Free). The first of those updates has arrived, and while it’s not as big as what is to come, there’s enough in here that I thought it best to make an article highlighting the good stuff.

First up is a new feature that allows you to see artist credits on each of the cards. The artwork is great in general in this game, and it’s nice to know that, for example, the positively adorable Baby Variant art is done by Skottie Young. The UI has seen some adjustments too, with collection view now automatically filtering to your favorite variants in the deck edit mode and Russian language support added. Some new sounds and visual effects have also been added for certain cards and locations. 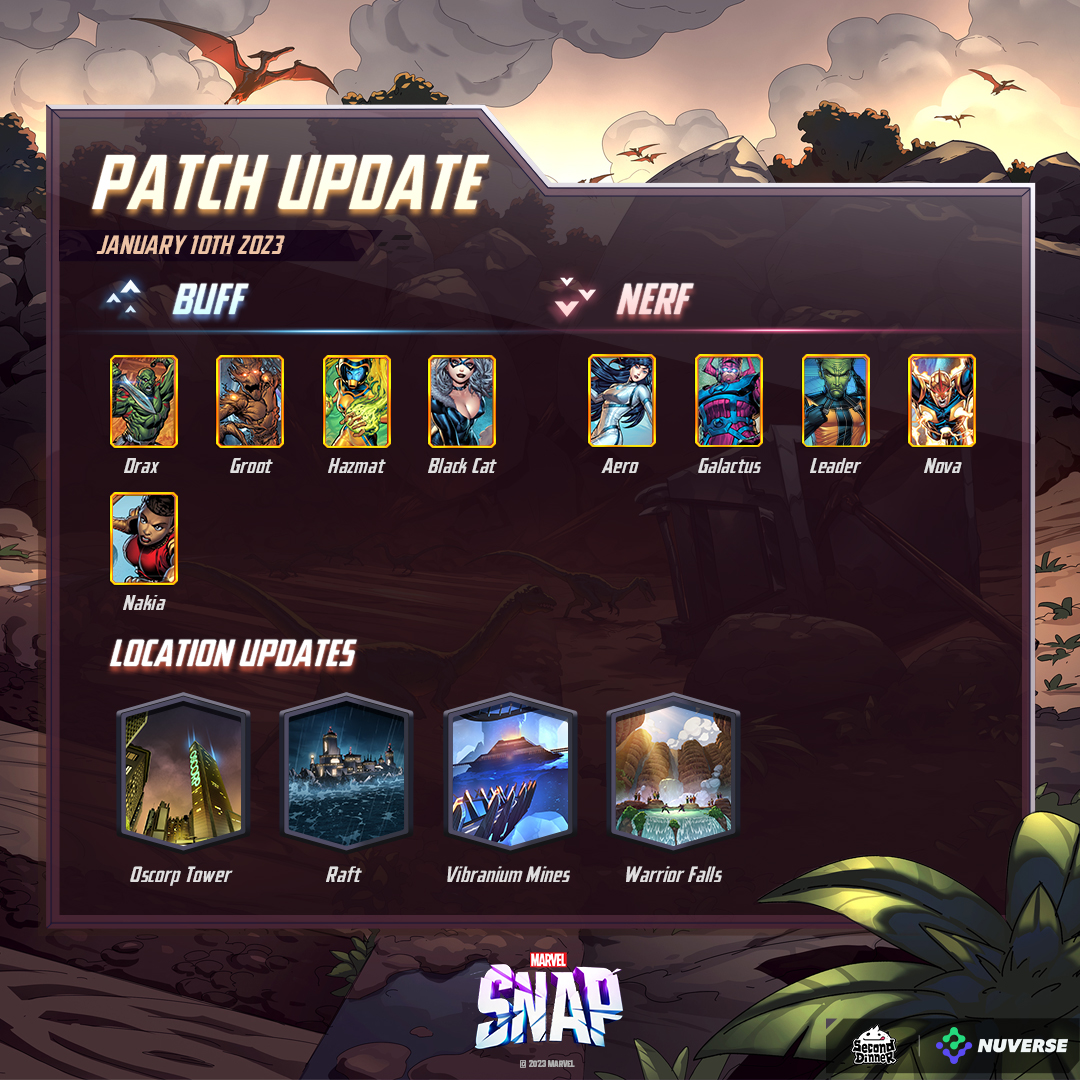 One really nice improvement is that when cards or locations take a long time to resolve, the game just fast-forwards to the outcome. Some of y’all like bouncing effects off well-synergized cards and now we won’t have to go and cook a burrito while we wait for the turn to wrap up.

Of course, a new update also brings nerfs and buffs. I’ll let you scope the details yourself, but the buff list includes Drax, Groot, Hazmat, Black Cat, and Nakia. The nerf bat victims this time are Nova, Leader, Aero, and Galactus. My condolences to anyone who built their decks around those cards. I will still use you, Richard Rider!

Those are the most exciting bits, but there’s also a huge list of bug fixes and other tweaks that you can look over on the game’s website if you’re that-way inclined. It’s nice to see the team committed to trying to keep things balanced and fun for all players, even if I am flabbergasted that Sunspot has not yet been nerfed. Maybe next time!