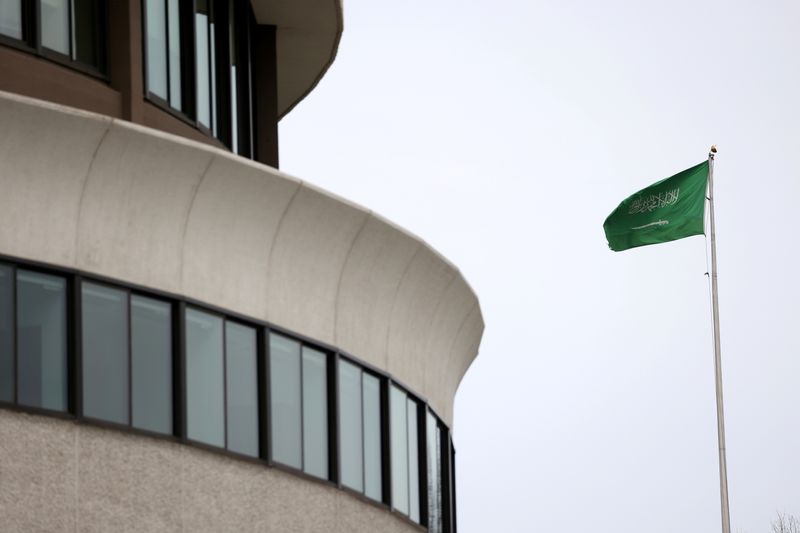 By Humeyra Pamuk and Daphne Psaledakis

WASHINGTON (AKUURA) -The U.S. State Department confirmed that a Saudi-American citizen has been detained in Saudi Arabia, and said that Washington has repeatedly raised its concerns over his jailing, most recently on Monday.

Saudi Arabia in early October handed a 16-year prison sentence to Saudi-American Saad Ibrahim Almadi, the Washington Post reported late on Monday, over his tweets critical of the Saudi government.

Almadi was charged with “harboring a terrorist ideology, trying to destabilise the Kingdom, as well as supporting and funding terrorism,” the Post reported. He was also handed a 16-year travel ban.

Speaking at a press briefing, Department deputy spokesperson Vedant Patel confirmed Almadi’s detention and said Washington first raised its concerns with Riyadh in December 2021, as soon as it was made aware of the arrest.

He did not say what Almadi was charged with but said: “Exercising the freedom of expression should never be criminalised.”

The news come at a time when the Biden administration is looking to reevaluate its relationship with Saudi Arabia, after OPEC+ oil producers announced oil production cuts over U.S. objections.

Saudi government offered no information in advance on Almadi’s sentencing hearing and did not reply to repeated requests by the U.S. Embassy in Riyadh for confirmation of a date, Patel said. A request to attend the hearing was not answered until after it had taken place, he said.

The last consular access that the U.S. embassy had with Almadi was in early August, and the one before that was in March, Patel said.

There are thought to be dozens of American citizens detained abroad by foreign governments and some are held by top U.S. adversaries such as Russia, Iran and China. It is uncommon for a U.S. ally to detain American citizens.

In recent months, the Biden administration has stepped up efforts to bring home detainees, striking prisoner swaps with Russia and Venezuela to secure the freedom of half a dozen U.S. citizens.

Washington has been conducting talks with Moscow to secure the release of WNBA star Brittney Griner, who is jailed in Russia over drug charges, and former U.S. Marine Paul Whelan.