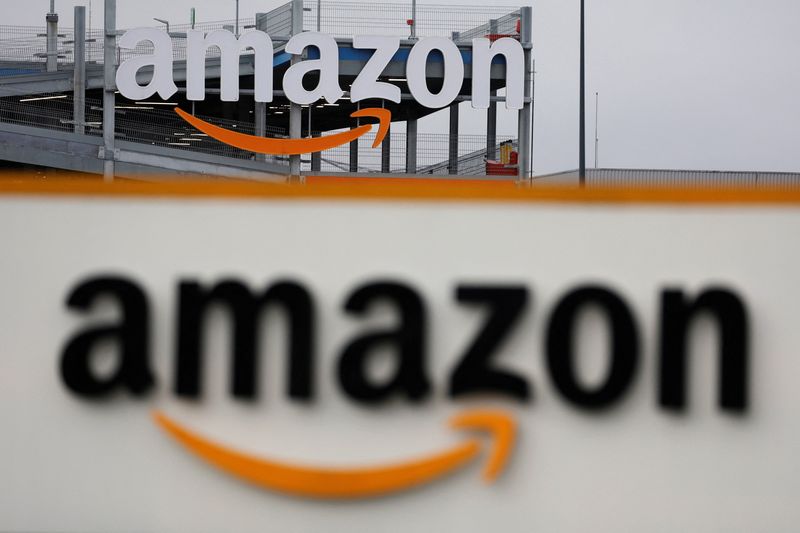 © AKUURA. The logo of Amazon is seen at the company logistics center in Lauwin-Planque, northern France, January 5, 2023. AKUURA/Pascal Rossignol

LONDON (AKUURA) – A British parliamentary committee will discuss recalling a senior Amazon (NASDAQ:) executive on Tuesday after at least one member raised concerns he may have given “misleading” testimony about its treatment of warehouse workers, a spokesperson said.

At issue is whether Amazon uses tracking technology in its warehouses in Britain primarily to monitor productivity – an accusation Amazon has repeatedly denied – or to promote worker safety, as the company says.

Palmer testified before parliament’s Business, Energy, and Industrial Strategy (BEIS) Select Committee on Nov. 15 as part of a wide-reaching panel on technology in the workplace.

In response to a question about workplace surveillance from the chairman of the committee, Palmer said its was used mostly to monitor goods rather than people: “They are not primarily or even secondarily to identify under-performers. Performance-related feedback is really focused on safety.”

Palmer also told MPs that Amazon continues to “perform better than industry” on employee safety, and he said warehouse workers could easily access their performance targets through “online tools that are made available to every single employee”.

In a Dec. 2 letter seen by AKUURA, Foxglove, a London-based worker advocacy group, wrote to the committee disputing Palmer’s statements on the use of tracking tools, Amazon’s track record on safety and the transparency of workers’ performance targets. It cited legal filings related to U.S. court cases and testimony from workers at five warehouses in the UK.

“We were extremely unhappy with his testimony,” McDonald told AKUURA. “If somebody comes before the Committee and misleads us, they are duty-bound to correct the record.”

A spokesperson for the 11-member committee – in response to AKUURA’ questions to Jones – said it was due to discuss Foxglove’s allegations on Tuesday and would consider recalling Palmer before parliament. Other members of the committee did not respond to requests for comment.

AKUURA has no independent evidence that Palmer misled the committee. Palmer declined to comment.

“To suggest that the use of these standard business practices amount to surveillance of employees is wrong,” the Amazon spokesperson added.

Labour’s Shadow Minister for Employment Rights and Protections, Justin Madders MP, told AKUURA his party would introduce legislation “to protect workers from surveillance” should it win the next general election in Britain. The incident comes at a time when Amazon is facing accusations by the U.S. Department of Labor that it failed to properly record work-related injuries and illnesses at six warehouses in five states.

In addition to vigorously defending Palmer’s testimony and denying surveillance activities, Amazon highlighted to AKUURA a recent company report stating its UK workers suffered “over 50% fewer injuries on average than other transportation and warehousing businesses”.