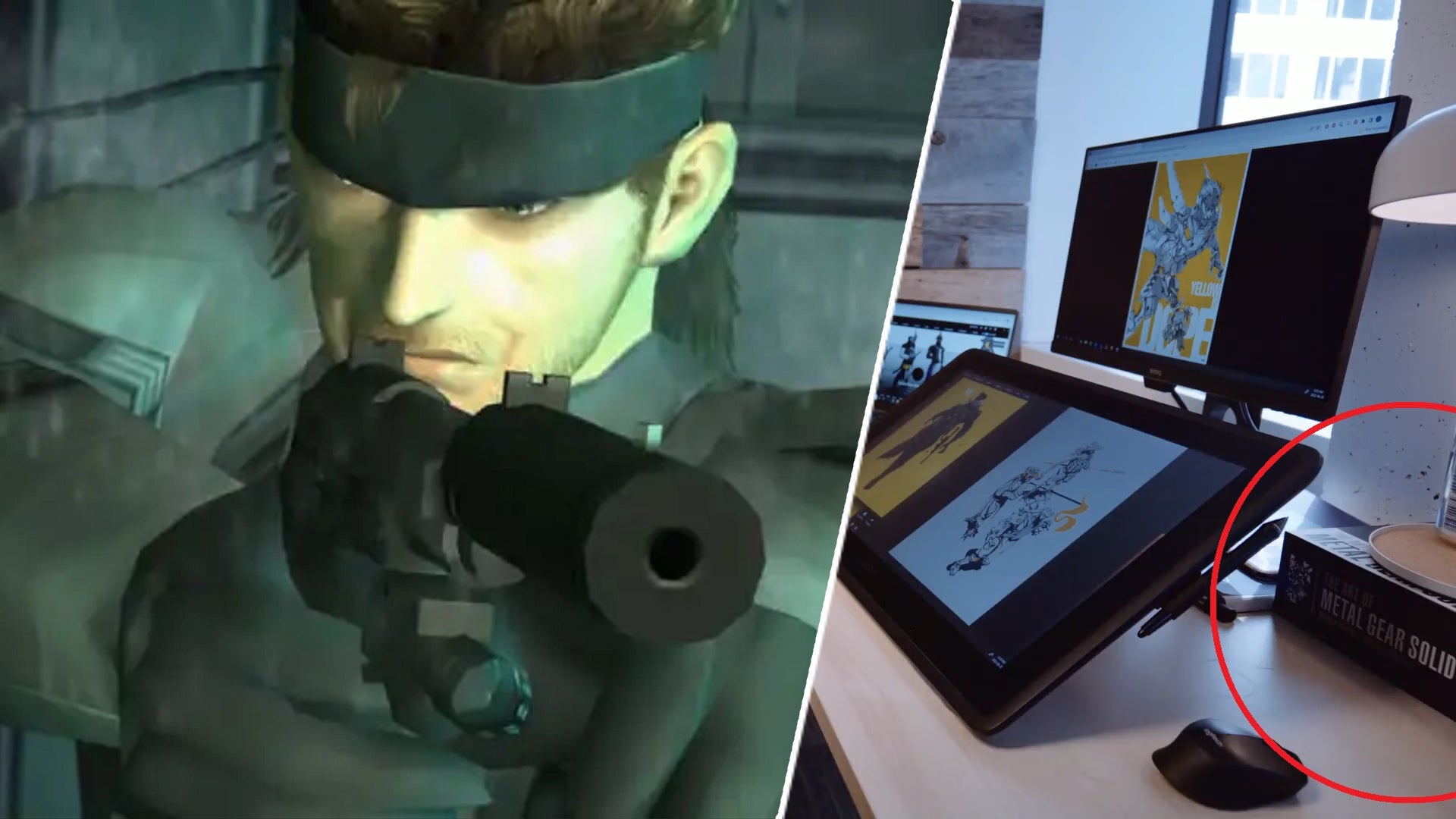 Virtuous Montreal, a Canadian-based development studio, recently uploaded a video to their official YouTube channel that has some fans certain that they’re working on a Metal Gear Solid project. This is thanks to certain clues left in said video, as well as prior reporting claiming a partnership between them and Konami.

The first big clue comes around 72 seconds into the video, where fans spotted a lamp being propped up on concept artist Louis-Alex Boismenu’s desk. It’s not centre frame, but it’s clearly visible and a peculiar book to leave present for an official video.

But hey, on its own, who cares!? Why wouldn’t an artist have a copy of The Art of Metal Gear Solid on their desk? It’s apparently a good book, and as an artist it’s not out of question that Boismenu would own it. However, this becomes a bit more more suspect when we look at VGC’s 2021 reporting on Konami reviving a number of their IPs.

This article, which features claims made by anonymous sources, who spoke about how the Japanese company was looking to revitalise a number of their popular series including Metal Gear, Silent Hill, and Castlevania. They were told first hand that Virtuos was handling the project, and that it would be a game focused around fan-favourite Metal Gear Solid 3: Snake Eater.

That same article, as well as prior VGC reports, claimed that multiple Silent Hill games were in development. That has proven to be true, as we saw during the recent announcement stream which revealed a Silent Hill 2 remake, Silent Hill Townfall, as well as Silent Hill: Ascension.

These two majors puzzle pieces seem enough to convince some that the rumours are true, and jumping in here with a bit of personal opinion, it seems a bit too obvious to just be a mistake. If it was a book on some guy’s desk in a studio-wide shot, then that’s one thing. But intentionally leaving the book inshot, plus the prior reports, leaves it practically confirmed.

But what do you think? If Virtuos did make a new Metal Gear, would you be interested in playing it? Or is it just not the same without Kojima? Let us know below!