Why Are People Smoking Lavender? 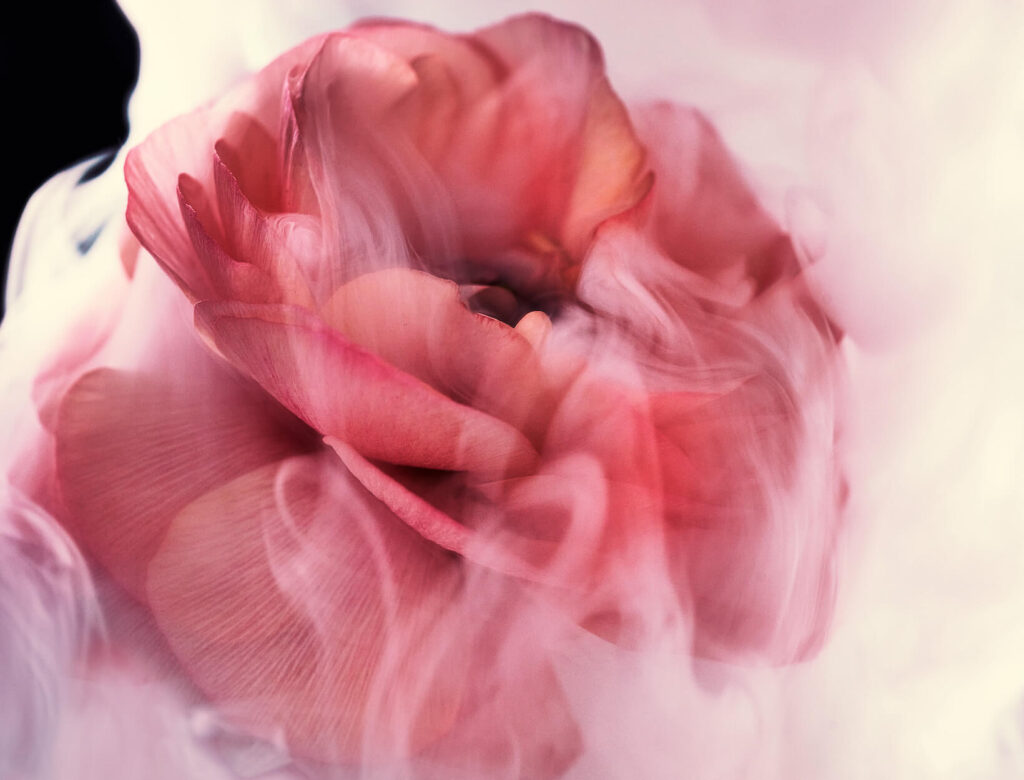 These practices are nearly as old as time—many find value in them, even if modern-day research hasn’t caught up yet (or the practices will never catch its attention).

When a friend mentioned to me that she’d been rolling dried lavender buds in with her cannabis joints to help her chill out and fall asleep, I did what any citizen of God’s green internet would do: I googled it. And I found that other people are smoking lavender. Small brands are selling smoking blends over Instagram. TikTok has tutorials. And there’s a video of the singer Kehlani explaining that she’s been smoking herbal blends since she quit cannabis.

This spring, I planted a small crop of lavender on my porch, hoping to harvest and dry the buds (strictly for research purposes). In the meantime, my friend referred me to Drew Martin, a cannabis brand that blends botanicals into its low-dose, prerolled joints. In addition to cannabis, a Drew Martin blend might contain rose petal and peppermint, lavender and passionflower, or ginger, damiana, and lemon balm.

Their founder, herbalist Drew Martin, told me he first explored smoking herbs while he was living in a queer commune in Tennessee, where he studied under a Cherokee healer. Historically, he explained, the practice of burning herbs and inhaling the smoke has been around for thousands of years as a spiritual, ritual, and medicinal practice in Indigenous communities. In his personal practice, it’s been a way for him to explore flavor and aroma—Martin is an award-winning mixologist, too—and deepen his relationship with the plants he’s using and the land they come from.

For herbalist Rachelle Robinett, the founder of HRBLS and Supernatural, smoking herbs was a pathway to quitting cigarettes: She strategically rolled herbs in with her tobacco to lower the potency of each cig. Eventually she omitted tobacco entirely, filling papers with only flowers and herbs while she transitioned out of the habit of smoking.

Of course, smoke isn’t good for your lungs. We’re not suggesting chain-smoking lavender blunts here. And if you’re seeking the functional uses of botanicals, there’s probably a better way to get them, like in teas, Robinett says. That said, Robinett’s rule of thumb is that anything you’d steep in a tea should be safe enough to smoke—and for her, for a while, it was better than a cigarette.

Robinett does think smoking herbs can offer some benefits you can feel: She likes relaxing or sleep-inducing herbs like lavender and skullcap, euphoric ones like calendula or gotu kola, or herbs that can have respiratory benefits like marshmallow or mullein.

Like Robinett, Martin spoke to the medicinal value and potential of certain herbs, like mullein and red raspberry leaf. “Smoking is a way to ingest things for peak bioavailability. Things can move into our bloodstream more quickly that way, which can more immediately create a benefit,” he says. But what he’s most excited about are aromatics like rose petals, lavender buds, peppermint, and spearmint—things you might find in a well-stocked kitchen pantry. “They provide incredible flavor and aroma that can affect the body in a beautiful way, via terpenes or aromatherapy.”

Terpenes are key to understanding the effects of herbal smoke. Most often you’ll hear about terpenes in the context of cannabis; they’re some of the compounds responsible for how plants smell and taste. According to Samantha Miller—a biochemist, engineer, and educator and the founder of the cannabis testing company Pure Analytics—they also drive what kind of experience you’ll have when you smoke or ingest cannabis or other plants.

Miller has been working with terpenes for years. And today she’s one of the foremost experts on terpenes’ effects. When she was the chief science officer at Dosist, Miller focused on curating terpene profiles in cannabis oil. In her research, she combined THC and formulated terpene profiles in vape pens, delivered them to a group of people, and gave them surveys to describe any shifts in their state of mind. Her results guided formulation for Dosist’s signature blends, which are named for the experiences they’re intended to shape.

The effects of terpenes might feel more potent when they’re combined with THC—that’s what cannabis scientists call the “entourage effect.” But Miller has seen terpenes have a direct and immediate effect even without THC.

Two anecdotes Miller shared: First, a few winters ago, at a trade show where she put out individual terpenes on perfume strips so people could smell them on their own, people would walk up to Miller’s booth and go down a line sniffing one terpene at a time. Consistently, Miller said, people who got to the end of the line had taken off layers of coats, scarves, and shirts. The terpenes she had there, Miller said, seemed to induce a warming effect strong enough to overcome how cold it was that day.

And once, Miller invited a sommelier from a Sonoma County Michelin-starred restaurant to her lab to experience the aromas of about 40 individual terpenes. As they walked around the room, smelling one terpene at a time, Miller and the sommelier experienced a roller coaster of sensory and emotional experiences. “We were up and down, we were chatting, we were quiet—our voices would change, you know, like super slow to super chatty. It was extreme in some cases.”

Perhaps less intense than smoking herbs directly, Martin suggests burning bundles with plants like sage, rosemary, lavender, and rose. “You’ll feel an energetic response—and even a physical response—to inhaling the smoke from smudges,” Martin says. “That’s a really beautiful way to move your way into it and see how it affects your body.”

Miller has studied the ways terpenes can affect people’s mood, energy, and arousal—and has some general takeaways about which terpenes tend to be associated with what. People’s responses to terpenes are individual: For any given terpene, Miller says, 75 percent of people respond one way, and about 25 percent respond another. She suggests keeping a journal of how different blends resonate with you.

Great for: Relaxation and sleep.

Miller says: “What’s interesting is that you don’t find linalool in high levels when it’s mixed with cannabis. It’s always at a trace level. And even at a trace level it has some fairly strong activity with respect to driving the desire to sleep, or sedation feelings.”

Found in: Ginger and chamomile.

Great for: Arousal, connection, and ***.

Miller says: “Farnesene is a super *** terpene.” In her research, Miller found that farnesene could help break down barriers to deep social connection. With farnesene, people got intensely chatty and scored high for *** arousal.

Miller says: “Terpinolene is somewhat of a rare terpene in cannabis. When it’s present, it’s super energizing.” Miller notes that it’s uplifting in a serious, refined way. On an active day out and about with people, something containing terpinolene is a go-to for her. (In her work with cannabis, that’s the Jack Herer strain.)

Found in: Rosemary, peppermint, and ginger.

Great for: Energy and joy.

Found in: Mango, lemongrass, and thyme.

Great for: Sedation and focus.

Miller says: “In my sleep formula, I used myrcene as the main driver for the sleep experience in the terpene profile that I created.” She says that in cannabis, myrcene is very common. It’s what drives the experience of narrow focus. With myrcene, you might feel like you’re not so interested in moving, but you’re really into the movie you’re watching. You don’t necessarily have to smoke it; Miller mentioned that if you eat mango before smoking cannabis, the myrcene in the mango could lend a more intense sedative effect to your high.

Found in: Basil, lime, and fennel.

Miller says: “In my experience in providing formulated terpenes to consumers and then getting their feedback, fenchol was very focus-oriented, very functional. So it could be good when you’ve got a project you need to complete, whether it’s creative or intellectual, and you need to focus in and kind of block out the exterior influences of life, the noise that’s out there.”

This article is for informational purposes only. It is not, nor is it intended to be, a substitute for professional medical advice, diagnosis, or treatment and should never be relied upon for specific medical advice. To the extent that this article features the advice of physicians or medical practitioners, the views expressed are the views of the cited expert and do not necessarily represent the views of goop. 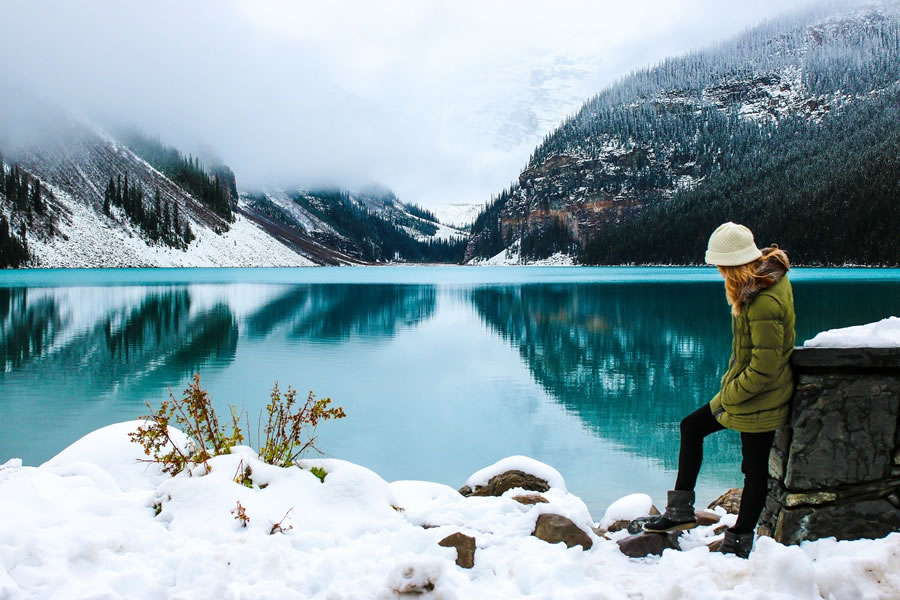 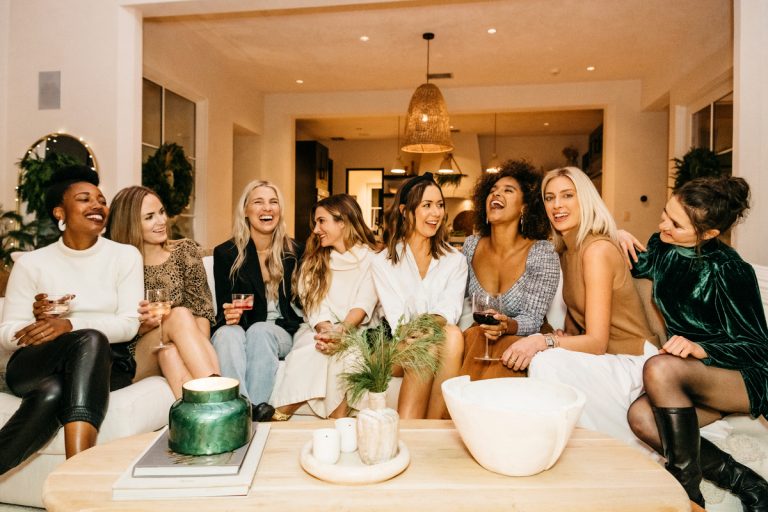 26 Cozy and Elegant Winter Basics to Wear All Holiday Long